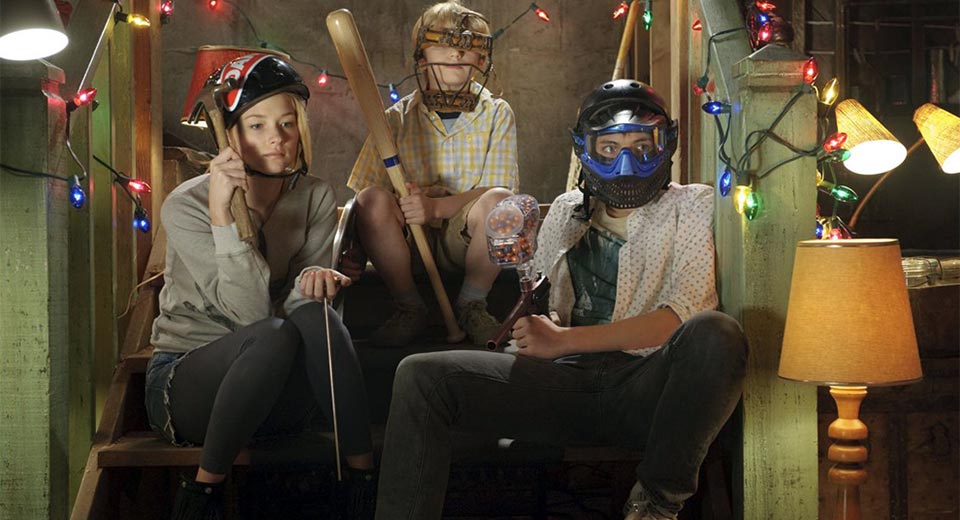 Steven Spielberg “presented” most of Joe Dante’s work during the latter filmmaker’s heyday in the 1980s. In the 1970s, around the same time Spielberg launched our current purgatory of summer tentpole scheduling with Jaws, Dante was coming up through the Roger Corman of fast and cheap knockoffs. Though born the same year, a paternalistic shadow looms over the work for which the two share credit. On posters, Spielberg’s name appears more times above the title of Dante’s directorial outings than the man himself. Whether the result of money-eyed marketing departments or shameless megalomania, the promotional discrepancy obscures the contributions of a genuine auteur.

The two (along with the more dutiful Spielberg acolyte Robert Zemeckis) share biographical similarities as suburban baby boomers weaned on adventure serials and cartoons. Their shared media diet manifests as superficial commonalities in their respective films, which generally take place in the suburbs and involve broken families confronting the fantastic. Spielberg ingeniously imported the inanities of movie serials from Saturday morning to Friday night and in the process elevated children’s entertainment to the upper echelons of American culture. Dante is a more mischievous spirit. Elevation isn’t his game; his films are gleefully juvenile, parodic and occasionally nasty. Unencumbered by the pretense of art, he frees himself to indulge the anarchic potential of gremlins and black holes disrupting Rockwell’s America. Paradoxically, this results in more durable and satisfying works of art than those of his contemporary/mentor. He wraps the smirking sadism of Chuck Jones’ hunting trilogy (“Duck Season!” “Rabbit season!”) around a not-quite saccharine Capra core. His films split the difference between Tom Hanks and Bruce Campbell.

A testament to Dante’s lamentable status in the film industry is the fact that in 2009 he made what may be his best film in 20 years and no one noticed. The Hole features two brothers who find a bottomless pit in the basement of their new suburban home. What’s inside? Never-ending darkness, demonic clown dolls, abusive fathers, things that go bump. In Dante's hands it becomes Lovecraft with a twinge of Frank Tashlin (or vice versa) a cartoonish delight provoking real heebie-jeebies. Nearly as impressive is Dante’s deft handling of the angst besetting his antagonist, a teenager sick of constantly moving with his single mother and younger brother. It’s a premise perfect for Spielberg, but let’s be grateful he didn’t find it first.

Don't miss this week's brand new installment of our biweekly cinephile advice column, Ms. 35: Making Moves! Questions of your own? Send them to Ms35@screenslate.com.