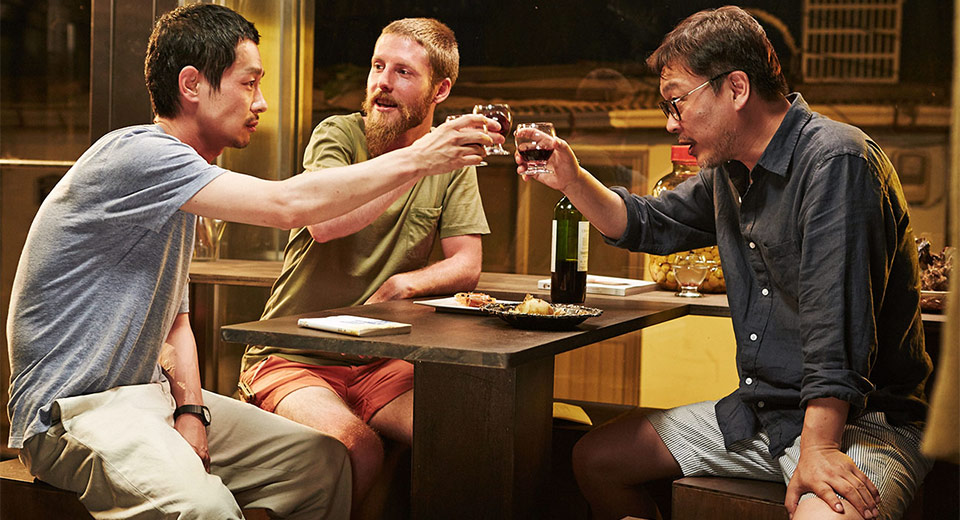 Time is written everywhere: it's painted in the shape of a clock -- permanently frozen at 9 am -- on the door of a cafe. It's the name of the book that Mori, a Japanese man who has come to Seoul to see a friend he should never have left, carries with him everywhere he goes -- Time. In an early scene, a woman, the owner of the cafe, asks him what the book is about. Mori stutters and rubs the book with his hands, wishing it could answer for him. The only answer he can think of is, simply: "Time."

One could argue that the history of cinema has been one long, technological obsession with time. The films of South Korean director Hong Sang-Soo seem to attest to this. But, as his 16th feature Hill of Freedom makes abundantly clear, Hong is one of the few directors working today that intuitively understands that this inherent obsession with time is really an obsession with time's malleability -- which cinema, as a medium, is uniquely able to manipulate and play with.

Hill of Freedom begins with the image of a stack of letters. They are Mori's story, recording his days spent waiting for his friend, named Kwon, in the quiet neighborhood where she lives. Kwon receives the letters, but by chance she drops them on a staircase and the letters spill out of order onto the floor. The rest of the film constitutes her picking them up and reading them in the order that she finds them. The device is utterly simple, but the complete change that such an arbitrary moment can have on a situation -- and on the structure of a story -- is a point that Hong returns to again and again.

While following Mori from quiet alleyway, to bar, to bedroom, it is easy to forget that his is a story being read 'out of order'. The subtlety of Hong's images, the unemphatic pace of his editing, and the naturalness of the actors, creates a sense of quietness and reality that makes almost every scene feel real. And yet, typical of all of Hong's recent work, we are, at the same time, constantly reminded that this impression of 'realness' is only an impression, and one that is more human than it is true.