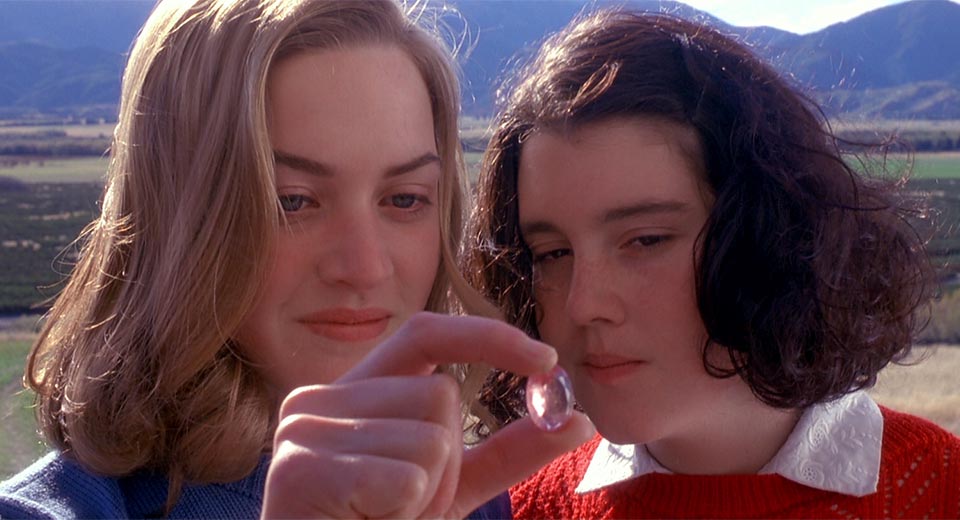 In 1954, two New Zealand schoolgirls - Pauline Parker and Juliet Hulme - murdered Parker’s mother in cold blood and, unsurprisingly, a “Trial of the Century” ensued. What could compel two seemingly ordinary teenagers to commit matricide? Piece by piece, their motive began to emerge: the bosom buddies had constructed an alternate reality, which they named the “Fourth World,” built on pop-idol worship and a life-or-death bond. Any threat to this delicate ecosystem would have to be squashed, whether you were Pope or Pauline’s mum. Kiwi papers ran cover-to-cover with tales of their Sapphic experimentation and apparent insanity.

Heavenly Creatures , Peter Jackson’s 1994 film about the case, is a bucolic period piece with one toe in the tabloid mire. Written in collaboration with Jackson's wife, Fran Walsh, the affectionate, still-sensational recollection jumpstarted Jackson’s move away from his “splatter phase” and into the world-building that would define his later, CGI-laden works. Melanie Lynsky and Kate Winslet made their screen debuts as the star-crossed murderesses, a queer echo of Hollywood’s femmes fatales; two against a world where heartbreak is the only guarantee. Their intense portrayal is a pitch-perfect depiction of young womanhood, defying Lolita-ish cliche and bordering on the hysterical.

Creatures marks the debut of Alamo Drafthouse’s ongoing Cherry Bomb series, but the premiere is anything but debutante. A wayward sister of long-running Drafthouse staple Girlie Night, each program is devoted to “friends that look out for each other…, good girls going bad, and lone she-wolves making their way in a mean world.” The little-seen titles that inspired countless pacts and slumber party confessionals will finally get the full Alamo treatment, including special guests and cocktail concoctions. Heavenly Creatures is an x-ray of teenage friendship at its most extreme, and an explosive opener to a series built for the bad girl in all of us.