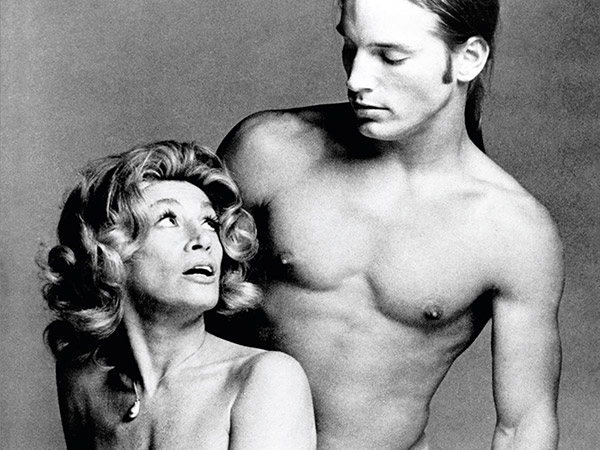 Paul Morrissey’s Heat (1972) is the third in a trilogy of films which take the total sexual freedom, drug use and gender-bending of the 70s artistic underclass as subject and backdrop (following 1968’s Flesh and 1970’s Trash). This time around, Morrissey decamped to LA with some of his usual suspects (Joe Dallesandro and Andrea Feldman), effortlessly swapping a third avenue tenement for a cheap residential motel by the freeway. Arrayed around the pool are various degenerates, including the short-lived Eric Emerson (in real life, a ballet dancer-turned-downtown-junkie), who plays a deranged version of Harpo: mute, in a white dress and constantly masturbating.

Joe Dallesandro is Joey Davis, a former child actor just drifting through and getting by on his perfect looks; he doles out sexual favors to his gross landlady (Pat Ast) for a discount on his rent, prompting her to exclaim, “That’s just a little piece of semi-heaven.” Andrea Feldman plays Jessica, a fellow tenant with a crying baby and a lilting voice who is also insane. Feldman, a lifelong New Yorker, distills her Hollywood Hills-bred character with: “There’s a health food store around the corner. Did you ever try any nuts? I’m into ecology.”

Jessica’s mother Sally (Sylvia Miles) comes by to give Jessica money and scold her for being a lesbian, only to encounter Joey and his irresistible charms. Joey is only too happy to trade the motel for better digs at Sally’s big, empty mansion in the hills. While Dallesandro’s performance is typically minimalist, if straight-faced, and Feldman’s typically crazed, Sylvia Miles is suitably earnest as an aging, chain-smoking former-minor-star, who latches onto Joey and invests in him her affection and hopes for their shared future. It’s been said that Heat was conceived as a remake of Sunset Boulevard, but Morrissey chewed me out at the very suggestion.

In the film’s opening shots, Dallesandro wanders around a forlorn construction site, strewn with trash and debris. Until we register the sad-looking palm trees, he could be anywhere, a sullen man in incredibly tight pants looking for a place to land. By the time we’re introduced to LA proper with shots of the highway and motel, this point has been well-taken, and yet Morrissey makes striking use of the banality of eternal sunshine, frustrated ambition and vapid conversation.