Gone Are the Days! 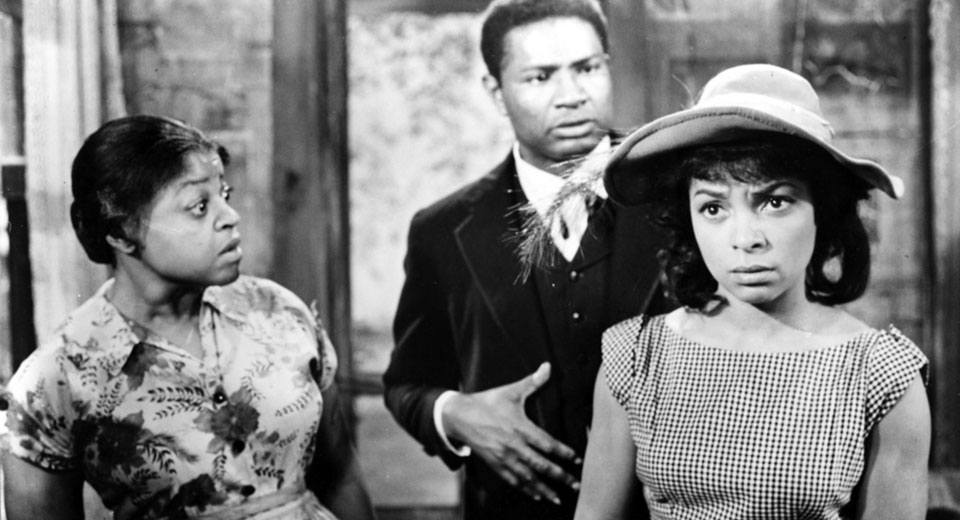 For his first starring film role, the incomparable Ossie Davis adapted his own hit play for the evisceratingly funny Gone Are the Days!, screening today as part of MoMA’s revelatory series “It’s All in Me: Black Heroines.” The heroine to Davis’ hero is the incandescent Ruby Dee, his partner in life, theater, film and activism. The two play a religious couple brandishing a flexible moral code when faced with the wealthy white landowners of the rural south. The film honors its theatrical origins by playfully using collapsible sets and staging scenes before an unobtrusive camera. Davis and Dee’s performances propel the former’s script toward righteous fury without abandoning its exhilarating humor.

Davis plays the silver-tongued Reverend Purlie Victorious Judson, a preacher returning to the plantation of his youth with the hope of starting a congregation. To purchase a barn in which to house his flock, Judson hatches a scheme wherein an guileless congregant (Dee) poses as his deceased cousin, who’s recently inherited $500, which is of course the exact amount required to secure the real estate. The money is held in trust by Ol’ Cap’ Stonewall Jackson Cotchipee (Sorrell Booke), the segregationist lord of the county that bears his name. On a vast cotton fields he’s buried black tenants in enough debt to maintain an operation scarcely distinguishable from slavery. Even though Negro spirituals and his cook’s biscuits bring him to tears, Cotchipee prominently displays the whip that disciplined a youthful Judson as well as countless slaves and sharecroppers throughout several generations of Cotchipee sovereignty.

For half of the film, one wonders how Davis’ cheeks didn’t implode under the pressure of his beaming, incessant smile. Most comedies invite distrust of eloquent idealists, but Davis has something deeper in mind for a character prone to race-conscious rhapsody. His every utterance is musical, an impromptu hymn to black self-actualization, but despite his chosen profession he is neither angel nor devil, not a cynic nor a prig. Davis instead celebrates Judson’s deception of white supremacists, including flattering Cotchipee with a “Great White Father of the Year'' award on behalf of all the latter’s tenants. There is no victim worthy of the name in Judson’s plot to reclaim a tiny fraction of the wealth he was forced to create for a sadistic halfwit.