A Glitch in the Matrix (Sundance '21) 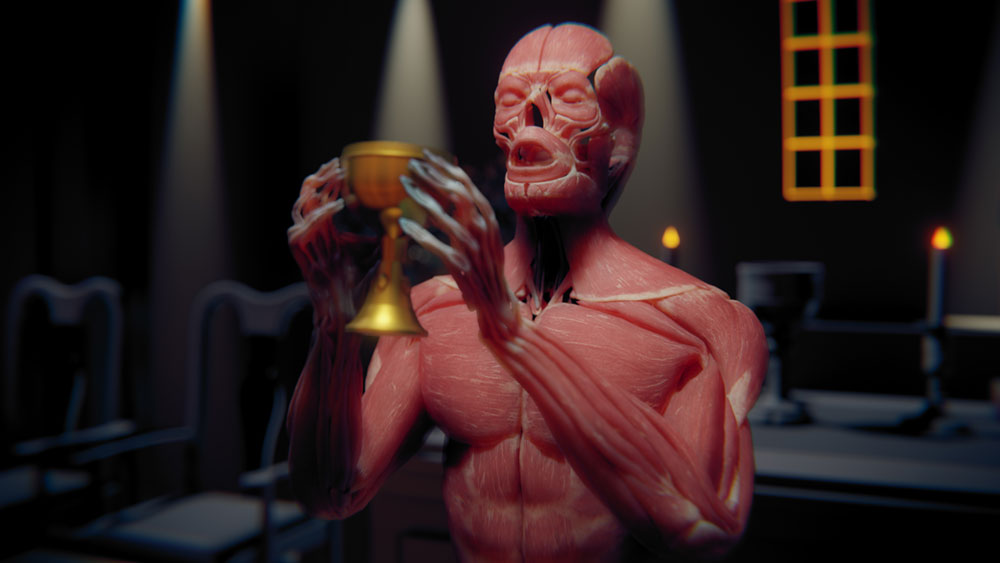 The films of Rodney Ascher are as much of a challenge to the audience as they are to the filmmaker: how does one approach figures who speak with the utmost sincerity about notions that may seem far-fetched, if not outright ridiculous? It’s easy to roll eyes at the Kubrick conspiracy theories of Room 237 and find the horrors presented in The Nightmare a little too silly to be scary. With A Glitch in the Matrix, Ascher offers his most compelling set of theories and thought experiments to date; an often unsettling and frequently fascinating exploration into simulation theory and those who believe in it.

There is little condescension in Ascher’s approaches to his primary subjects, four men who communicate via webcam through the facade of a digital avatar. The filmmaker’s gaze isn’t without its amusing winks — something as small as watching the alien-designed speaker whip out a vape pen is flat-out comical, as is the way folks praise Elon Musk — but most of the footage (complemented by digital effects) is designed to enhance the stories they tell. Ascher’s editorial touch is delightful, weaving through a flurry of footage that includes everything from absurd film scenes to a Philip K. Dick speech about experiencing alternate realities that serves as the film’s primary framework. Everything the writer says is an interesting starting point, and the way the filmmaker juxtaposes the stories of Dick and his subjects with experts who exist to dissect their theories is nothing short of fascinating.

A Glitch in the Matrix doesn’t present its subjects’ views uncritically. Rather, it offers conflicting arguments to the idea that we exist within a simulation. Though some might find the theory itself to be unsettling, the way some of Ascher’s subjects debunk it and reflect on their personal experiences sometimes proves more horrifying. The testimonial of Joshua Cooke, a young man who murdered his adoptive parents, is particularly effective here, and the way the film digitally recreates his narration is outright harrowing. Cooke’s interview removes whatever humor there once was in the film, an acknowledgement that his fantastic belief of existing within The Matrix was misguided. His reflection on how loneliness, mental illness, and narcissism, among many other factors, directly influenced his crime is essential to look at in a digital age where these shootings have become more commonplace. His voice comes across as pained, as though it wasn’t a realization that came easily or instantly after his crime, and that makes it all the harder to watch.

Some may find themselves disappointed that the film feels less interested in highlighting simulation theory, but in breaking down the baggage that comes with it, the film flourishes. The mere suggestion of a concept should allow one to interrogate whether that concept even makes sense or can lead to dangerous situations. A Glitch in the Matrix elides conclusions as to whether we’re living in a simulation because it’s too busy studying how easily we can lose our humanity by believing it.

A Glitch in the Matrix screens in Sundance for the second and final time Monday morning and opens in virtual cinemas or on demand February 5.