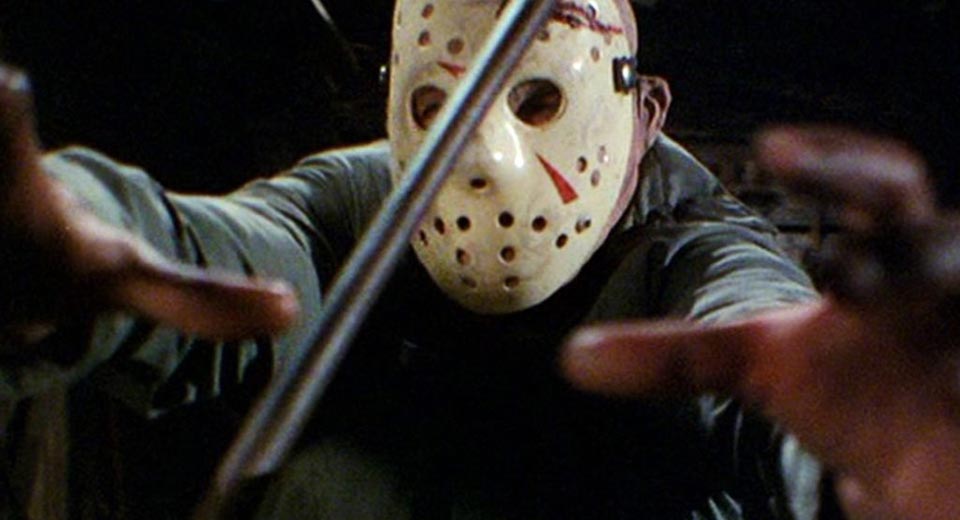 Tonight Quad Cinema presents the delightfully panderous Friday the 13th Part III 3D as part of its Comin Back at Ya! 35mm 3D film series. If an 80s slasher film in 3D, replete with a shimmering disco theme and visual gags so dumb they make optical mall art look like the height of thoughtful abstraction isn’t enough for you, then in the words of pop juggernaut Adam Lambert, "Whataya Want from Me?"

Part III continues a tradition begun by its predecessor: opening with a recap of the previous entry’s grisly events. After the recap, the 3D onslaught begins, as director Steve Miner dispenses a graceful, bravura crane shot, weaving its way through a maze of hanging laundry being tossed about ominously by an approaching storm. This opening sets the bar fairly high, and quickly the film trades this elegance for some pretty cheap 3D tricks and bathroom humor. The bulk of the film however, is a curious dance between fun and death. The characters are drawn larger than life, and the previous films’ relatively realistic characterizations are often replaced by full on goofball antics. There is a real “bad” biker gang, a teddy bear-like prankster, and a bickering backwoods couple. The introduction of these caricatures, and their attendant broad comedy, works a certain magic on the subsequent murders. Death becomes a set piece, and in part three we see possibly the series’ finest example of horror film as funhouse, a Rube Goldberg killing machine where the human body is the final domino to fall.

Besides its maximalist goofiness, Friday the 13th Part III holds the crucial distinction of being the film where Jason acquires and dons his iconic hockey mask. Before the legendary murderer picks up his new face gear though, Jason is running around with a sack on his head, which seems appropriate when you consider his lumpy, potato-like visage. Depending on your point of entry, there is either nothing to say about this film (“another slasher piece of trash but in 3D”) or almost too much.