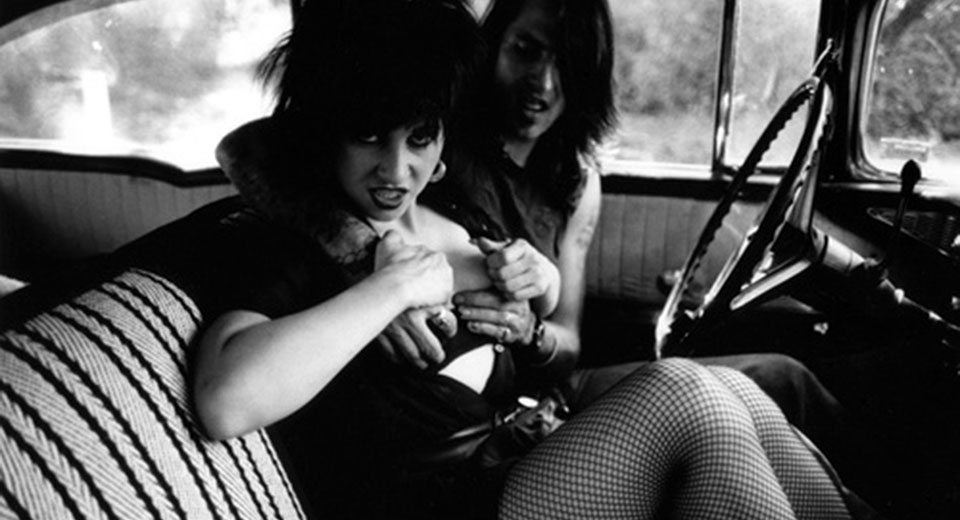 I doubt that anyone involved in the making of Richard Kern’s short films in the 80s and early 90s thought that the results of their efforts would screen at the Museum of Modern Art one day. But at the end of a truly exhausting year, these films are a necessary, uncomfortable kick in the ass—the cinematic equivalent of spitting in the eyes of the people in power. Kern, also a photographer (mainly of naked women), is obsessed with women, especially in these early films, which celebrate the tough women he knew in all their fearless, transgressive glory.

At 25 minutes, “Fingered” is one of Kern’s lengthiest works, and certainly his most plot-heavy (though that should be taken with a grain of salt). It’s also one of his hardest films. Lydia Lunch plays a sex worker who is kidnapped by a client (Marty Nation), unleashing a whirlwind of violence and death. Most of the film is Lunch and Nation deadpanning graphic, stereotypical dirty talk at one another, until eventually the couple picks up a hitchhiking Lung Leg (unfortunately for her). The reason to see the film—and much of Kern’s work—is Lunch, who is terrifying and erotic and glamorous and disgusting all at once. “Written by LYDIA LUNCH With R. Kern,” the credits scream, and “Fingered” is Lunch’s show. She’s a force of nature, and Kern was lucky to capture that energy.