The Films of Charles and Ray Eames 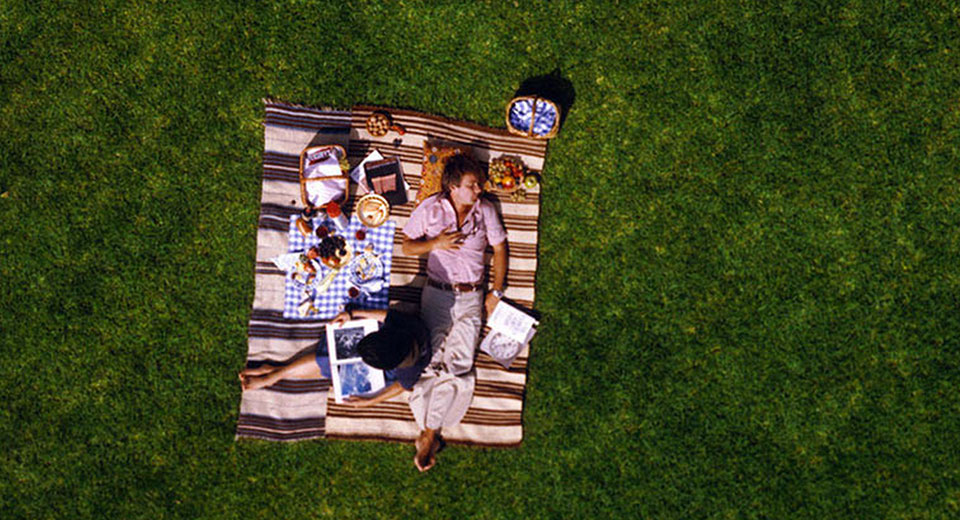 “This emptiness is normal.”

There is no film more cosmic than “Powers of Ten”. An army of digital technicians and prize-winning dramatists could not possibly improve upon the psychic impact of Charles and Ray Eames’ 9-minute cruise through the greater reaches of outer and inner space. Of course Kubrick came close with 2001: A Space Odyssey, but “Powers of Ten” is the blunter instrument of wonder. It invokes the oldest and largest mysteries obliquely while placidly displaying a series of photographs and numbers.

From a picnic blanket in Chicago, the Eames camera pulls back steadily at a rate of one order of magnitude every ten seconds. After nearly 5 minutes, our view rests at 100 million light years from earth, to the edge of the known universe, a largely empty sea of black lightly studded with the faint glow of distant stars. We then descend back toward Earth at an accelerated clip, back through the solar system, the Earth’s atmosphere and the body of our picnicker. We push through his skin, blood vessels and cells to the atomic level, as full of emptiness as deep space.

With “Powers of Ten,” the Eameses and their corporate partner IBM intended to illustrate the impact of “adding zeros.” They are successful to that end, but the graphic depiction of continuity and parallels between the micro and macro proves more mind-blowing. The largely dull cascade of digits and textbook-ready imagery recalls the pre-video education films that sometimes popped up on Mystery Science Theater 3000. But by tracing an unbroken line from galaxies to atoms, regardless of its mathematically precise intervals, “Powers of Ten” elegantly displays the absurd vastness in which we find ourselves.

This, and six other Eames films, show on new 35mm prints at Metrograph  thanks to the preservation efforts of the Library of Congress.