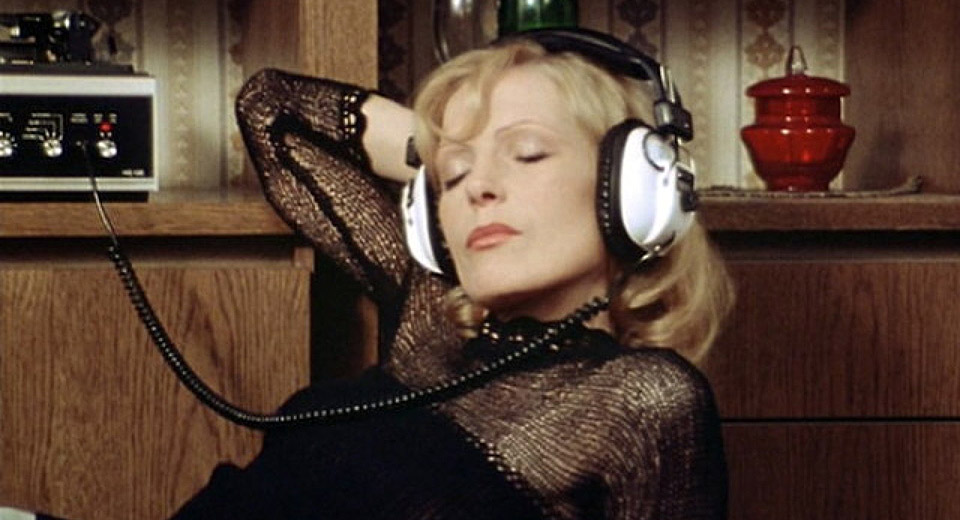 MoMA’s 1963 series “Television USA: Thirteen Seasons” marked the museum’s inaugural exploration of the young medium. Over fifty years later, “Television Movies: Big Pictures on the Small Screen” revisits but, capping at 1996, neatly skirts thornier questions about TV in the streaming age. Still, Reiner Werner Fassbinder is imperative inclusion in any modern discussion — his TV work extended a career-long obliteration of high/low distinctions, utilizing television’s unique parameters to shape stories beyond film’s limits. And with sci-fi twofer World On A Wire and 5-part family agitprop Eight Hours Don’t Make A Day recently restored and re-released, MoMA’s choice of Fear of Fear, Fassbinder’s take on the madness of a middle class woman, is an inspired one.

Margit Carstensen plays ethereal housewife Margot, who near the end of her pregnancy experiences a sudden onset of “fear.” The inexplicable emotion’s increasing postpartum presence soon drives her to desperate measures. Angst initially checks all the boxes of the femme ennui/frauenangst genre – distant husband, demanding kids, paternally condescending doctor, isolation amid materialism, and ever-present social judges. (Her in-laws are played by Fassbinder regulars Brigitte Mira and Irm Hermann.) None of these are root or catalyst for Margot’s terror, and the film upends convention with moments of genuine concern and care — daughter Karli is aware of her mother’s problems without fully comprehending, and when Margot admits she only cut herself to feel something, husband Kurt (Ulrich Faulhaber) weeps mutely. Mental illness is floated as reason, with ultimately unfounded fears of schizophrenia, but no answer is ever given. There’s an absence, a feeling of something so inherently wrong it comes roiling in and overtakes Margot’s surface-pleasant upper-middle class existence.

The story, suggested by Asta Scheib years before she became a bestselling German author, has a dreamy unrealness reflecting Fassbinder’s genius of economy. It magnifies Margot’s subjective experiences and skips large swaths of life, like her clinic stay or recovery, most films would make their focus. Angst has Jeanne Dielman’s quiet repetition, with daily routine replaced by architecture – the same three floors, window views, and seat-slumping. Heading into the sunny streets, Margot repeatedly encounters unnerving Herr Bauer (Kurt Raab), physical embodiment of her fears of derangement. His silent observation haunts her every outing; ironically, as the film’s art department, Raab was responsible for the brightness his shadow role stands in contrast to. Fades to black (presumably commercial break markers) bolster the impressionistic feel and build a sense of claustrophobia defying the show’s open light.

There’s so much more to say about Angst, like Margo’s stylishness, seen as character defect by her in-laws, or Margot’s doppelgänger clinic roommate, longing for companionship and left catatonic. Even the Sartrean solution of creating one’s meaning stands ambiguous – has Margot given herself a sense of determined purpose through work, or like her frantic swimming, is it just another form of busywork? With this latest facet of TV work gaining wider release, Angst bolsters the fact Fassbinder’s “small-screen” work offers ideas expansive as anything he did for film.