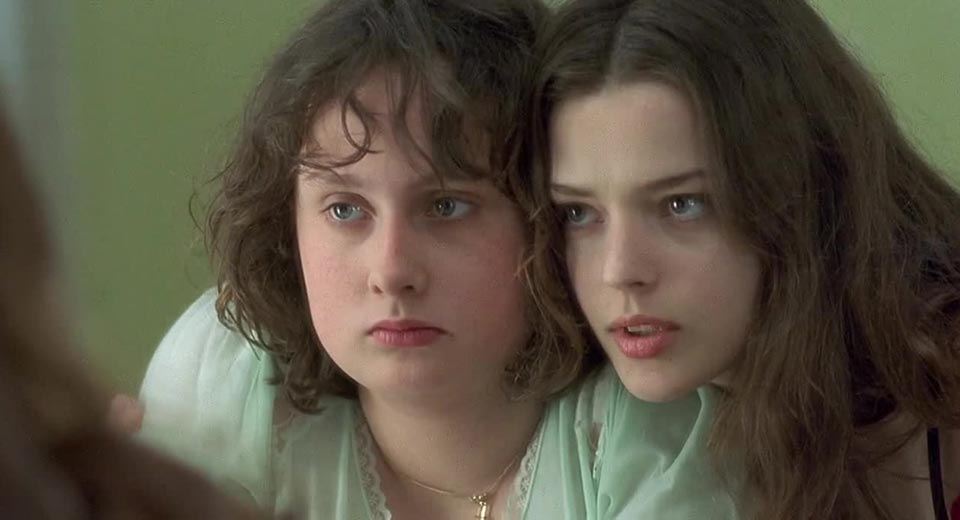 Vacation is life or death for the French. There is a rigid divide one crosses when exiting working life into that of temporary repose. In Deleuze and Claire Parnet’s exchanges the two frequently actualize this divide via the epigrammatic “Relax, you’re not at work now, you’re on vacation,” then, “Do you think you’re still on vacation? Get focused: you’re at work now.” Indeed, much iconic French cinema is set in hieratic vacationland, from Jean Renoir’s Le Déjeuner sur l'herbe to Éric Rohmer’s Le Rayon vert. The only inconsistency in this amour fou is that some are juilletistes (July vacationers)—others, aoûtiens (August).

Catherine Breillat’s sibling psychodrama Fat Girl returns to this arena. Set on the French seaside, Anaïs Reboux, an actress Breillat purportedly scouted from a McDonald’s, plays eponymous pudgy younger sister Anaïs. Early in the film, she and older sister Elena discuss virginity; petite, radiant beauty Elena has received much male attention, yet she will only let herself be deflowered under the auspices of Love and by a proper gentleman who sufficiently fulfills her criteria. Anaïs, irreverent toward the piety her sister places upon female virginity, would much prefer to “just get it over with.”

Fernando, Elena’s holiday tryst, personifies the all-that-is-desired lens through which Western culture views the archetypally beautiful young woman. He will say anything to convince Elena to perform one-sided sexual favors for him, and Elena is all-too eager to swallow his gauche, vomitus babble. Anaïs watches from across the room as her sister is naively taken by male heterosexual tropes. Her face fills the frame as Fernando attempts to enter Elena; the couple does "everything but," in order to preserve Elena’s virginity. Fernando is not looking for love, but neither is Elena, really. The real motivator is the curiosity in what pleasure the body of another can provide.

Anaïs is younger but cynically lucid, stoically wise. Through her solipsistic, dispassionate gaze, the viewer sees the dual and conflicting nature of sex and culture. On the one hand, as biological beings we are required to procreate; on the other, we naturally develop emotional cathexes toward sexual partners which have no bearing on reproductive capacities. Elena clearly performs a process of sentimental cathexis, but Breillat seems to take Anaïs’ side—the “just get it over with” side—though reconciling the dialectic is never Breillat’s pursuit.

The orgasmically violent ending hyperbolizes a Breillat theme that there is always an element of power involved in sexual pleasure. A scene paradigmatic of the director’s controversial transgressions, Anaïs’ refusal to be a victim to seductive sexual ploys is painfully realized in her last lines. The implications of this schizophrenic scene may discomfort or anger many. The film’s closing image, rhyming with its first, is Anaïs’ bland stare into the camera.