Farley/Roxburgh's Heard She Got Married 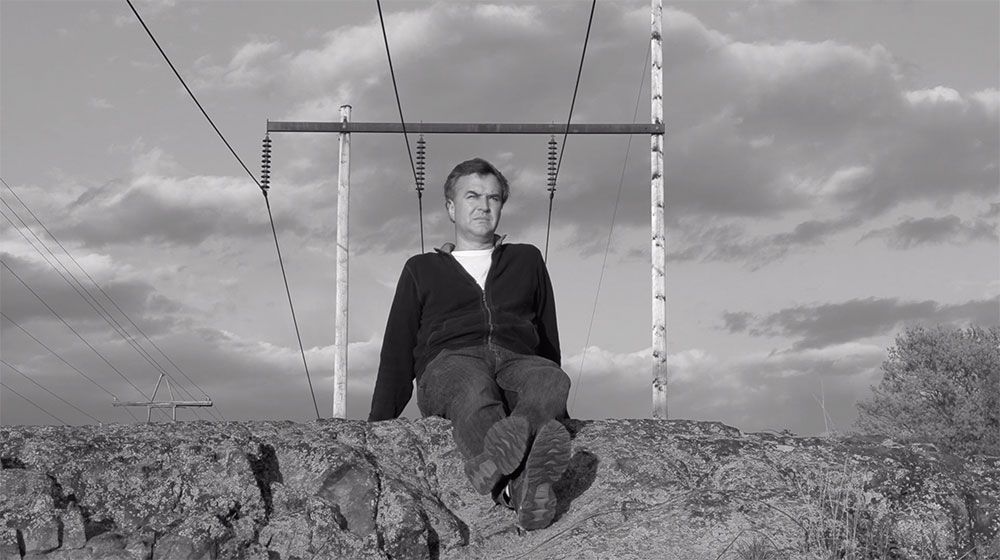 The first thing you should know about Matt Farley is that he has written and performed more than 22,000 songs. Almost all of them are available on Spotify, although not all carry his own name. For example, his pseudonym is “The Hungry Food Band” when he writes songs about food; “Papa Razzi and the Photogs” for songs about celebrities; “The Guy Who Sings Your Name Over and Over” for songs in which a single name is sung over and over; and “The Toilet Bowl Cleaners” for his hundreds upon hundreds of songs about poop. These are topics that people frequently search on Spotify, so they’re the topics Farley sings about to make a living. Believe it or not, those 22,000 songs get enough clicks to earn him a middle-class income. This one-of-a-kind music career has brought him some incredulous press coverage and an appearance on The Tonight Show, as well as the occasional accusation that he is a “music spammer.” What it has not yet earned him is a huge number of earnest critical defenders eager to explore the more serious music he makes when time allows. Farley dramatized the agonies and ecstasies of his creative process in his extraordinary autobiographical film Local Legends (2013) — one of the very few films in which the director/star flashes his own real phone number onscreen halfway through.

Together with his college friend Charlie Roxburgh (who serves as director and co-writer on everything except Local Legends), Farley has co-written, produced, and starred in 12 independent features since 1999. Their best-known work is Don’t Let the Riverbeast Get You! (2012), a monster comedy that draws inspiration from low-budget regional horror auteurs like Don Dohler and Bill Rebane, but with a certain Tim & Eric-like comic slant. Like all of Farley/Roxburgh’s films, it was shot on weekends in Manchester, New Hampshire, with an amateur cast of friends, coworkers, relatives, and whoever else could be convinced to participate in a few hours of filming. Much of its humor comes from non-actors stiltedly reciting loquacious dialogue and enacting a surprisingly complex five-act plot. But this is neither a larky home movie nor a Lost Skeleton of Cadavra-type “bad on purpose” exercise. It’s a joyous film that feels like a community enterprise, and when I first saw it, I was astonished to find myself genuinely engrossed by its story and in love with its cast of oddballs. Like Andy Warhol, Farley and Roxburgh make “movies” in quotation marks with amateur casts, but Warhol’s cinema was built on the question “What if anybody could be a movie star?” while Farley/Roxburgh’s thesis is “Movies are for everybody.”

Unlike the music, the Farley/Roxburgh movies are not lucrative. In Local Legends, Farley estimates that each movie costs him about as much as the price of a used car, but “I’d rather have a bunch of movies than a bunch of used cars.” This “art for art’s sake” ethos powered Farley and Roxburgh to keep creating bigger and bigger productions even as they toiled in near-total obscurity. The upside to going unrecognized is that they have created an idiosyncratic personal style and built an Altmanesque repertory company without any corruption from the outside world. They have only recently started to attract a small cult following, with a 2020 online retrospective held by New York’s Spectacle Theater and Toronto’s Laserblast Film Society serving as a watershed moment.

Each Farley/Roxburgh movie grew in scale and complexity up to the elaborate buddy-cop comedy Slingshot Cops (2016), at which point certain logistic and economic realities began to catch up with them. A long drought ended last week when a new Farley/Roxburgh feature was dropped without buildup, Beyoncé-style, on Vimeo (and another, Metal Detector Maniac, is said to be arriving later this year). But rather than deliver another upbeat monster comedy to please their growing following, Farley/Roxburgh have made Heard She Got Married – a black-and-white neo-noir/dark comedy/psychological thriller that is their darkest and strangest movie yet.

Farley stars as Mitch Owen, a singer/songwriter who has achieved some modest success in Nashville but who is now back in his New England hometown after a career downturn. Somewhere along the way he has experienced a falling-out with his closest friend and collaborator, Tom Scalzo (Phil Kelnofer), who has left music behind and married Mitch’s onetime girlfriend. The void in Mitch’s social and creative life is now being tentatively filled by Van Hickman (Chris Peterson), a new neighbor who is overeager to join him in a band. Hickman strikes Mitch as a little stalkerish, and his suspicions grow as Hickman’s behavior becomes more peculiar.

Viewers of Heard She Got Married will benefit from some familiarity with the past few Farley/Roxburgh movies, to which this feels like a Dorian Gray reverse-image. It helps to know, for example, that Tom Scalzo is the name of a real-life friend and collaborator of Farley’s. In Local Legends he plays himself, still jamming with Farley in the basement. Here, “Tom Scalzo” has given up his dreams and retired to a normal adult life. Local Legends climaxes triumphantly with Farley performing a rousing fictional concert to an audience of only a few people. Heard She Got Married incorporates footage from a real outdoor concert that Farley and Peterson held during the pandemic that attracted a mere 18 ticketbuyers. The performance is still good, but this time it’s not quite enough. Once again, we spend much time in the forests and rivers of Manchester, but this time, Roxburgh’s black-and-white photography renders the idyllic small town cold and alienating (albeit with a certain dour beauty). Most of the Farley/Roxburgh players are back —all a little older, and with their off-kilter line readings this time straddling the line between funny and unsettling.

Heard She Got Married is an exciting indication that Farley/Roxburgh’s distinctive style and working method can be harnessed to evoke different moods and textures. Their movies often feel like the work of kids who went to college but never outgrew making backyard movies with friends, and while Heard She Got Married retains this spirit, it’s also their first movie to feel like the work of middle-aged men. Its melancholy tone, slow-burn suspense plot, chilly mise-en-scène, and comically stylized dialogue/acting combine to create a tone and style that deserves the frequently abused term “Lynchian” — but there’s no one term that quite describes what they’ve come up with here.

Heard She Got Married is available to buy on Vimeo 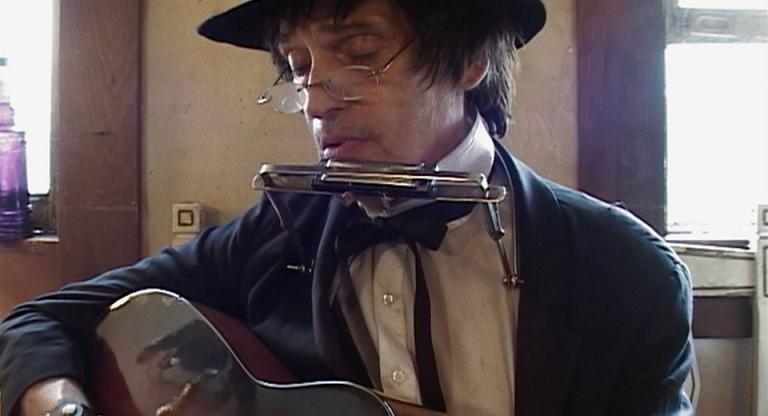