Fake It So Real 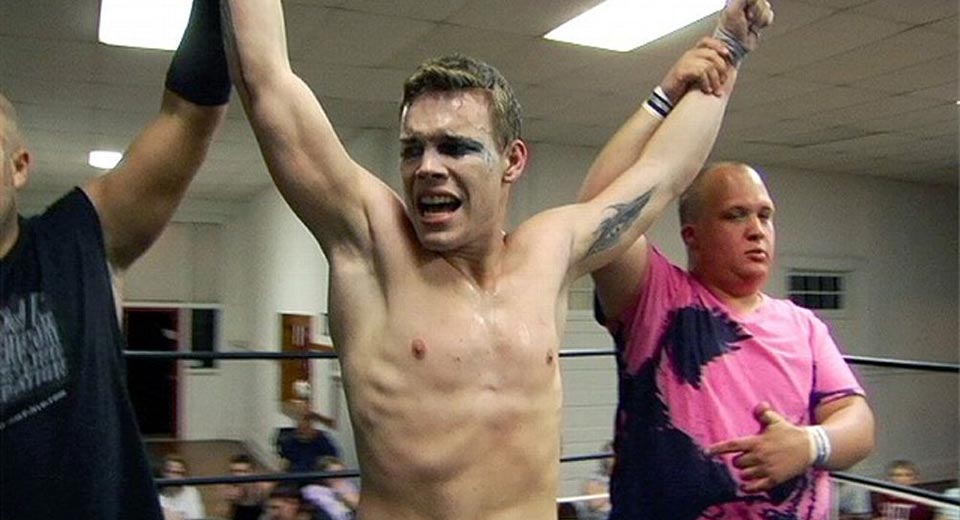 The documentary Fake It So Real focuses on the Millennium Wrestling Federation, observing the persistence of an independent professional version of the definitive American myth—one that survives in the face of little ticket income, lack of promotional support beyond the the wrestlers' own flyering efforts at the local pizza joints and gas stations, and the many boundaries to success facing lower-income households in a small town like Lincolnton, North Carolina. Director Robert Greene follows several of the competitors in the days leading up to one of their standard, bi-weekly matches.

These are "big fish" in a very small pond, as the crowd-favorite and seemingly best-adjusted wrestler describes his role; a hero, he goes on to defeat the pre-match-sushi-eating villain Mikado, whose dedication to his character is in keeping with each of these men's devotion to their practice. Gabriel, then, is the minnow, and one of the main focuses of the documentary, not least because his participation is the most fraught: he's young, committed to a fitness regimen that has given him the rare athletic physique (though that shouldn't be considered a prerequisite; the rest of the men are to varying degrees reminiscent of one of America's most-beloved wrestlers, Mick Foley aka Mankind, whose "muscle shirts" served only to satisfy his unhinged redneck aesthetic of beauty-less power), openly acknowledges a lasting dream of making it in the big leagues of televised wrestling, and is deeply incapable of self reflection but for the rare glimpse of genius in the line "If you're not enough without it, you'll never be enough with it." Surrounded by gentle psychopaths with, in the case of a fellow MWF fighter, a disturbingly extensive weapon collection or, in the case of another, an unexplained scar wrapping around the crown of his head, the beauty of this young man's helplessness in the face of his dreams wouldn't have predicted such a stunningly accurate piece of relationship wisdom. After all, he's already spent time in prison for violating his ex-fiance's restraining order against him.

These are men whose commitment to craft is undaunted by its relative absurdity, whose humor and camaraderie are examples of the life-affirming quality of the Wiseman school of documentary. What the film tells us about both the interior life and day-to-day experience of this sort of man is, of course, undeniably painful, but, at the same time, very real. After all, to quote "Death" Pitt, "...wrestling is the great American art form."