An Evening of Computer Films with Ken Knowlton 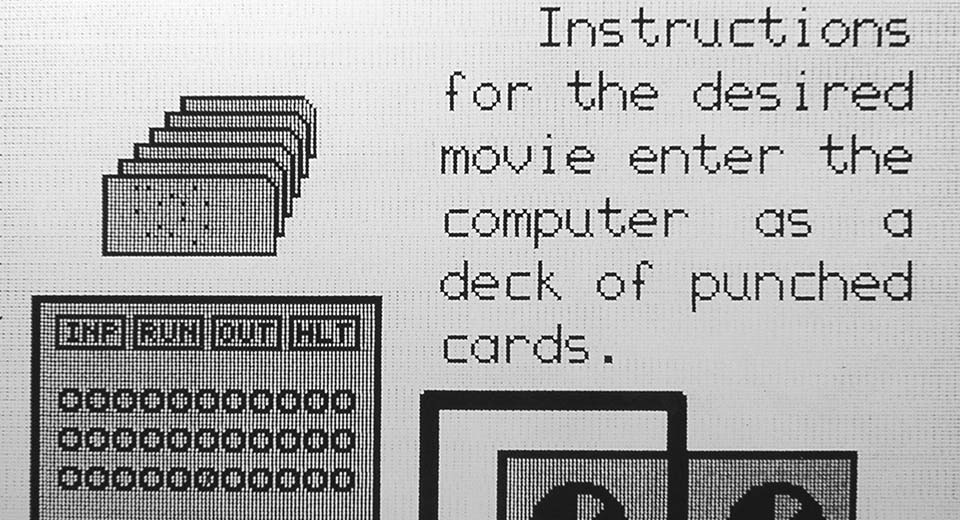 Ken Knowlton, a member of the Bell Labs research team from 1962–1982, was an instrumental figure in early computer animation. In 1964, Knowlton developed the BEFLIX programming language—one of, if not the first, programming languages designed specifically for visualizing and animating images. During his tenure at Bell Labs, Knowlton created many computer images and films, usually in collaboration with other mathematicians, scientists, and visual artists of the time. In 1968, Knowlton screened an evening of computer films at the Museum of Modern Art in conjunction with the seminal exhibition “Art as Seen at the End of the Mechanical Age.” Fifty years later, Ken returns to MoMA to look back on his career and those early days of computer animation.

Screening this evening will be a small mix of Knowlton originals, collaborations, and influences, all on 16mm. “A New Technique for Computer Animation” and “L6: Bell Telephone Laboratories’ Low Level Linked List Language,” on loan from the Bell and Nokia archives, respectively, show early applications of Ken’s BEFLIX language: the language programmed the IBM 7094 Computer that was used by engineers to operate the Stromberg Carlson 4020 Microfilm Plotter and Printer. The results were these early computer animated films, which while didactic in nature, show hints of Ken’s sense of whimsy.

Ken’s early, and pivotal, collaborations with Stan VanDerBeek will be a focus of the evening with a screening of newly preserved prints of the groundbreaking “Poemfields 1” and “Poemfields 7.” Ken will discuss how these films and his collaboration and ensuing friendship with Stan, helped shape his approach to computer animation. Also screening will be Charles Csuri’s “Hummingbird” and John Whitney Sr.’s “Permutations,” computer animated films from the same period which show different approaches and styles in the then-nascent form.