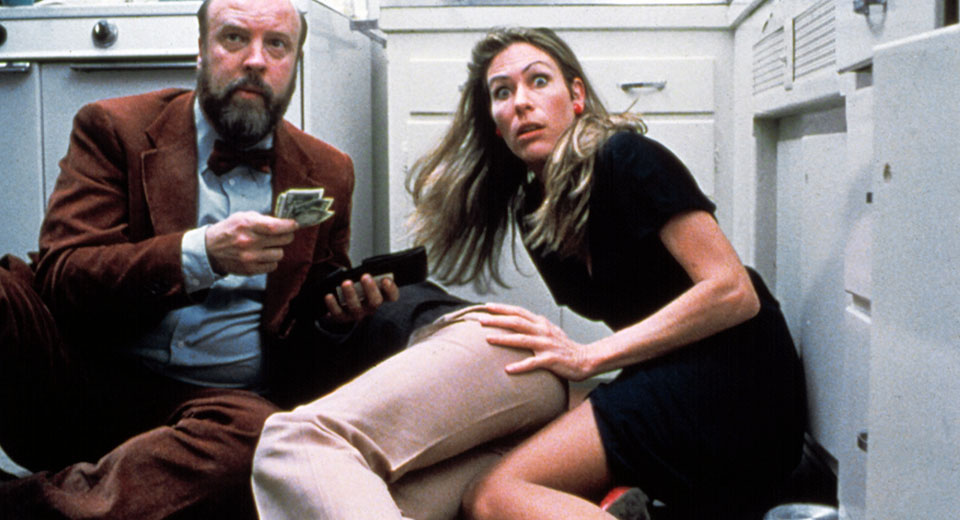 Producer Roger Corman’s low-budget stable produced more than a few prize ponies in its heyday. But for every Coppola or Scorsese that cracked the A-list there are just as many Kaplans or Golans who – for reasons that remain mysterious to this viewer – failed to achieve household name status. This apparent lack of recognition should not be conflated with a lack of talent, however, especially if director Paul Bartel is any indicator.

The subject of a near-complete retrospective at Anthology Film Archives, Bartel’s filmography is riddled stem-to-stern with tongue-in-cheek genre pictures that lampoon the most hallowed institutions of American life: from muscle car culture (Death Race 2000) to swaggering cowboy machismo (Lust in the Dust), and weepy soap operas (Scenes from the Class Struggle in Beverly Hills). In Eating Raoul – foolishly, his only title in the Criterion Collection – Bartel sets his sights on a subject at once topical and timeless: the ever-troublesome soixante-neuf between Sex and Money.

Alongside Bartel himself as would-be vintner Paul Bland, his frequent co-star and collaborator Mary Woronov gives her most iconic performance (Suicidal Tendencies’ “Institutionalized” video notwithstanding) as wife Mary, a statuesque nurse ripped from the ripe cover of a dime store pulp novel. She is tender, a hair maternal, with zero tolerance for male tomfoolery; he compliments her perfectly, as a deflated snob with modest dreams of opening a bed and breakfast in a quiet country village. Together, they are an Ozzie and Harriet for the Gordon Gecko Age: chastely sleeping in separate beds, eschewing the decadent hobbies of the “Me Generation,” and watching their asshole neighbors have all the fun.

Living hand-to-mouth in a dingbat apartment complex, their best, bucolic life is always just out of reach – until a “happy accident” involving a frying pan, an attempted rape, and a garbage incinerator point the pair toward a rosier path. The lengths to which the Blands will go for their slice of the American Dream is unconscionable, relatable, and side-splittingly hilarious. Surrounded by “rich perverts” (their turn of phrase), Paul and Mary readily justify their “any means necessary” approach to upward mobility, even if it means breaking the ultimate taboo. The lecherous yuppies in their orbit seem to have a carousel of outfits, fine things, and sexual partners at their disposal, while hard-working, upstanding folks like the Blands are left writhing in the dust. Can anyone blame our hungry-eyed protagonists? Bartel certainly doesn’t, choosing instead to glorify Paul and Mary as shining examples of both American ingenuity and American depravity.