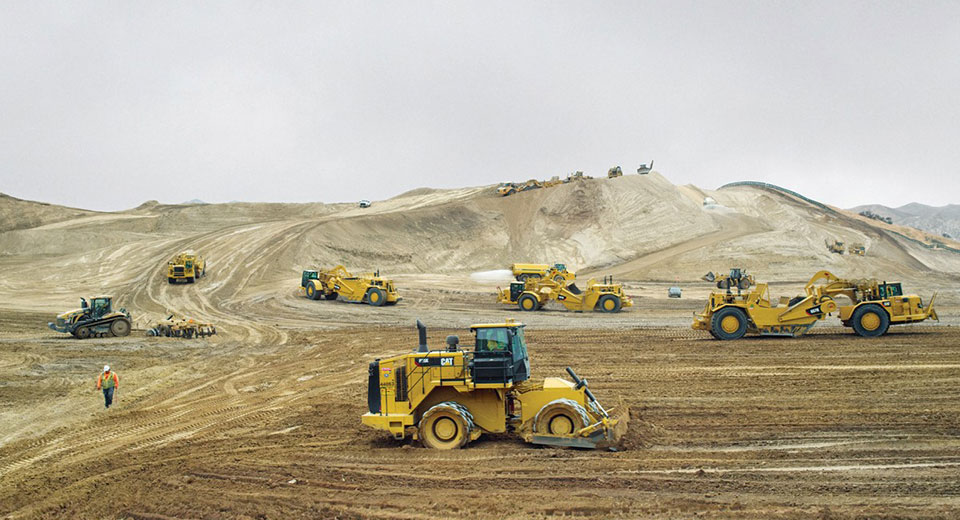 When analyzing phenomena, a historical materialist should keep in mind the dialectic between the abstract and the concrete (e.g. the concept "relations of production" provides analytical clarity while its particular instantiations, like who owns a copper mine vs. who mines it vs. who consumes its product, provide historical grounding). Austrian documentarian Nikolaus Geyrhalter, whose bleakly beautiful Homo Sapiens (2016) gave me a tragic pride in being a blinkered human, is a good historical materialist. He told Cineuropa's Ioana Florescu, "[If] you only look at the bigger picture, you can’t get up close to the details, and if you only look at the smaller picture, then you do not get to see the greater implications"—an approach that is on majestic display in his new film Earth (2019).

Splitting his film into seven locales—from the San Fernando Valley to Gyöngyös, Hungary—Geyrhalter opens each chapter with a God's-eye drone shot of the bizarre mazes that excavators and dumptrucks have turned these places into, then goes in for the details. Homo Sapiens was entirely made up of tragic tableaus of modern ruins—abandoned industrial sites, malls, hotels—with no humans in sight, no words spoken, and no camera movement. Earth doesn't go as hard for the hypnotic, instead interspersing its long takes of coal conveyors and bucket wheels with interviews: a Spanish engineer manically defends the copper-mining industry, an Italian digger compares a mountain's crust to a woman's virginity, a Californian contractor volunteers half-baked Malthusian theories. We see crews strip-mining for brown coal, quarrying for marble, and tunneling through the Alps. One huge tattooed man in a Carhartt vest tells us, with disarming candor, "I'm just a big kid playing with big Tonka trucks in a big sandbox."

Aside from what Earth has to contribute to discussions about the anthropocene (a young Hungarian natural history museum docent's remarks are especially lucid), it tells us something about cultural differences: German engineers trying to correct a historic mistake (radioactive waste stored in an old salt mine in the 1950s), American hillside developers trying hard to ignore the implications of their work (undoing the effects of millions of years of thrust faulting and sedimentation), Austrian mining executives hiring an oompah band to mark an occasion (Christmas and the opening of a new mine). The one thing that's almost universal is the use of Caterpillar equipment, leading me to think they must be the single biggest beneficiary of this whole man-made-geological-epoch thing.