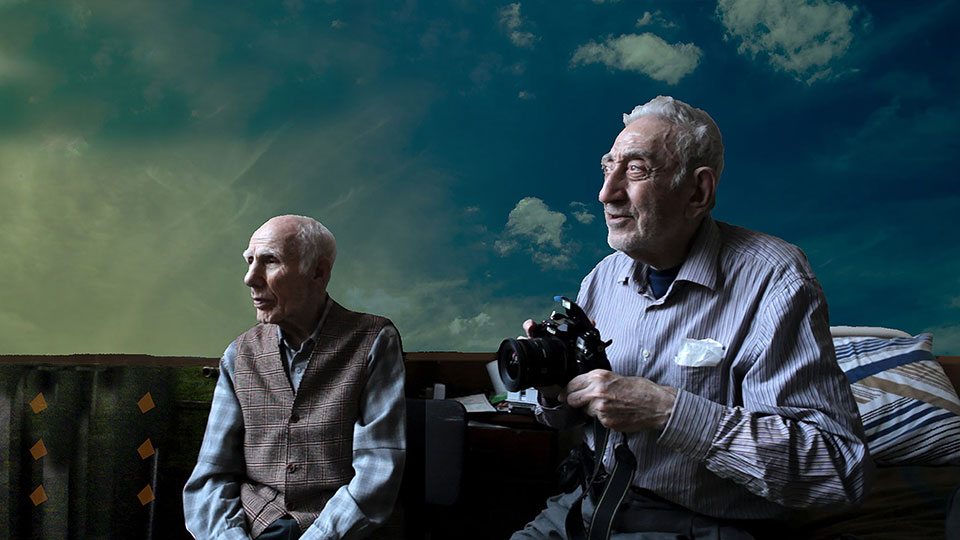 An Istanbul nursing home overlooking a massive construction site is the evocative setting of Shevaun Mizrahi’s Distant Constellation. Though this documentary is ostensibly about the lives and daily routines of the home’s elderly inhabitants, Mizrahi remarkably uses this setting to consider all that is destroyed or left behind in Turkey’s painful, ongoing experience of modernity. The inhabitants of the home seem to have been forgotten by everyone; their relatives don’t call and when one of them falls critically ill, their child can’t be bothered to check in. Early on we meet Osep, a photographer whose Francophilia embodies the country’s West-ward gaze; he sings along to “La Marseillaise” and switches between French and Turkish as he complains about his worsening vision. Meanwhile Selma, an Armenian woman who recounts the persecution inflicted on her family in the 1910s, asks Mizrahi a century later if she may be represented under a pseudonym out of fear of punishment.

The sequences in the home are punctuated by images of the nearby construction site shot through the window frames of the home, and the film is bookended by two sequences within the site, showing the workers as they sleep in shabby dorms and discuss their poor financial prospects as unskilled laborers. What brings these two disparate settings together is not only the empathy that Mizrahi brings to the people of both, but also a sense of historical deja vu: just as Selma bears witness to Turkey’s brutal drive to modernize a century ago, these workers are paying the price for Turkey’s current drive to reinforce its position in the capitalist world system, with its attendant economic inequality and craze for construction.

But for all her attention to historical and contemporary realities, Mizrahi is unafraid to venture into the fantastic and magical. There are many moments when the film toys with the nature of reality and appearances: the construction cranes which some patients are looking at through a window appear at impossibly skewed angles; patients are distracted by a mysterious booming thud whose source is unclear; we are shown what is apparently a continuous take of an elevator shaft wall sliding up as the elevator goes down, but on closer inspection it seems to be a second-long take that’s repeated over and over. These uncanny effects take on otherworldly proportions in a film whose characters are so close to death and are grappling with its attendant spiritual and cosmic concerns. One man narrates what he believes will happen in his final moments, while two others ride the elevator up and down, reluctant to let anyone else on so that they can engage without distraction in all kinds of philosophical banter about life and extraterrestrials. “Is life a dream?” asks one of them. In Distant Constellation, it feels indeed as though we’ve been given brief, momentary glimpses into a dream world.

Distant Constellation is streaming on Projectr