Diary of a Shinjuku Thief 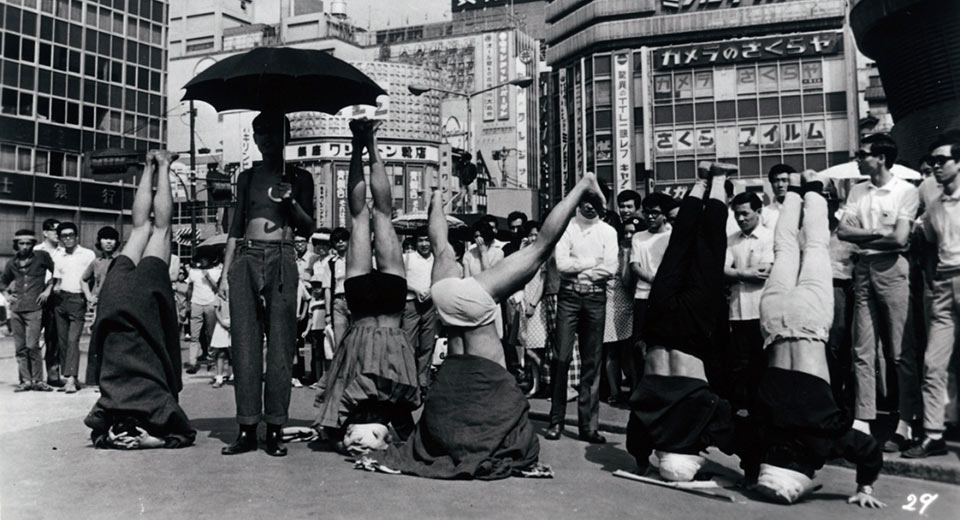 Oshima’s revolution is a more free-wheeling one than his comrade Jean-Luc Godard (with whom he is paired for BAM’s Oshima X Godard series); the film’s faux-documentary interludes and excursions into kabuki theater suggest a playful wink that’s not always found in Godard’s work. Real-life leftist luminaries like Juro Kara (underground playwright and theater director) and his Situation Players, along with Moichi Tanabe, the actual owner of the bookstore robbed in the film, make winking cameos and further blur the line between fact and fiction. Diary of a Shinjuku Thief is part portrait of the Tokyo counter-culture, part revolutionary analysis of sexual desire, and part dizzying, colorful explosion of tasteful Japanese cinema.

Birdy and Umeko are ciphers in their world of shifting principles. After turning Birdy into the bookstore owner for stealing, Umeko reveals she doesn’t actually work at the store, but pretended to in order to meet Birdy. The pleasure of knowledge is on par with the pleasure of orgasm, real is fake and fake is real, black and white blossoms into color and then retracts again. The movie, and the characters, contain multitudes, and by focusing on one meaning, they (and we) miss many others. This anarchic mashup of image and political thought isn’t for everyone, but its barely-controlled chaos will appeal to fans of Shuji Terayama, Koji Wakamatsu, and, yes, Godard.