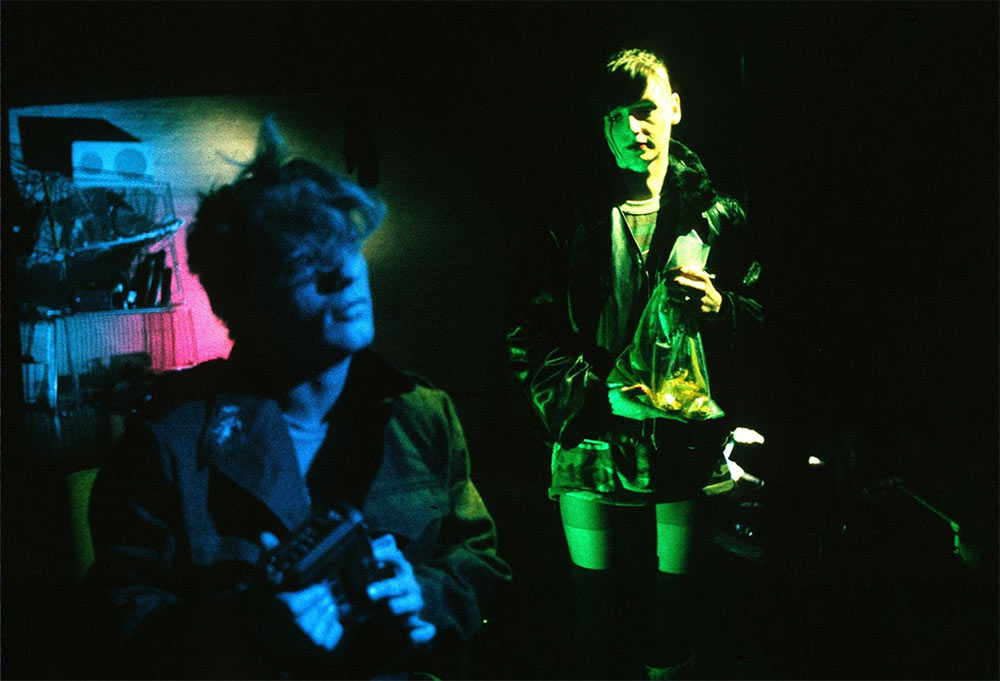 Bleak West Berliners in a city neon-laced with complacency foretell dystopian ruin in Decoder (1984). F.M. Einheit of Einstürzende Neubauten plays an industrial musician/burger chain employee who distorts the store’s background muzak into a sonic catalyst for destruction. Meanwhile, his girlfriend, a stripper played by Christiane Felscherinow (author of teenage drug memoir Christiane F.), collects frogs and dodges the advances of a noir detective-type (Bill Rice) who visits her at work. She prefers the company of her slippery pets; she takes them out sometimes and happens to leave one on F.M.’s sound equipment. He records its croaks, fiddles with knobs, and then squeezes it to death, smearing the remains on his face. (Sorry.) Somehow this leads to sounds that incite rebellion, muzak no longer the lullaby of zombie consumption.

Rice’s character is hired by Muzak/H Burger HQ to investigate this nascent revolution. He is perhaps the most compelling character, toying with disenchantment regarding his employer. Leaving the peep show one night, he walks by a print advertisement of a drink, ice cube plopping in fizz, a too-tidy nod to subliminal messaging.

There is some documentary footage from Reagan’s visit to Berlin in 1982 and a killer incestuous noise scene soundtrack. The screenplay is co-written by the film’s mononymous director Muscha, Klaus Maeck, Trini Trimpop and Volker Schafer. The William Burroughs and Genesis P-Orridge cameos in the film are the most disappointing, gratuitous nods to dusty signifiers of cool. (Maeck claims to have been inspired by Burrough’s writings, but not his art.) Still, why does he have to appear tinkering in a shop?

When you watch Decoder, conjure its original context: hard to see, i.e. underground and unavailable, and pre-the-device-you-are-watching-it-on. Every Instagram cool girl owes a debt or two to Christiane F. Let her tell the story of sharing one’s personal life to discover the perils of a certain kind of success. And then think about R.U. Sirius’s Mondo 2000 magazine, Hackers (1996), The Matrix (1999), and The X-Files. There’s that screen shot floating around of purple lighting crashing behind the question “What are Frogs?” So 90s and somehow so right now.

Decoder is streaming on Tubi and on disc from Vinegar Syndrome. 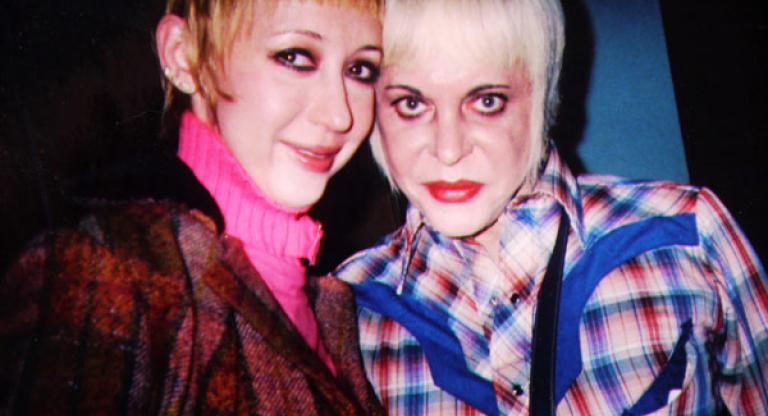 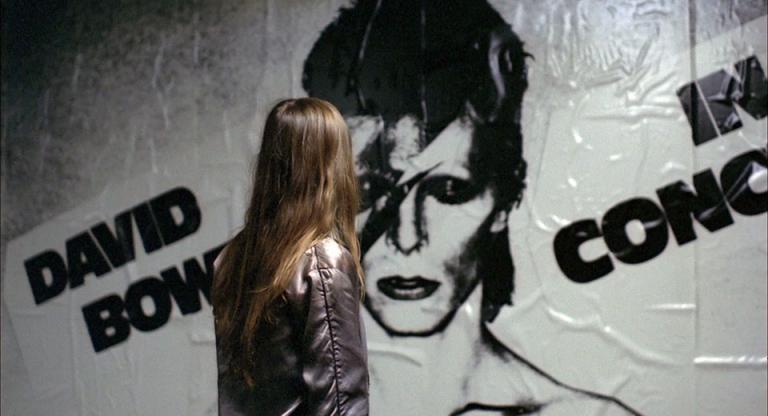 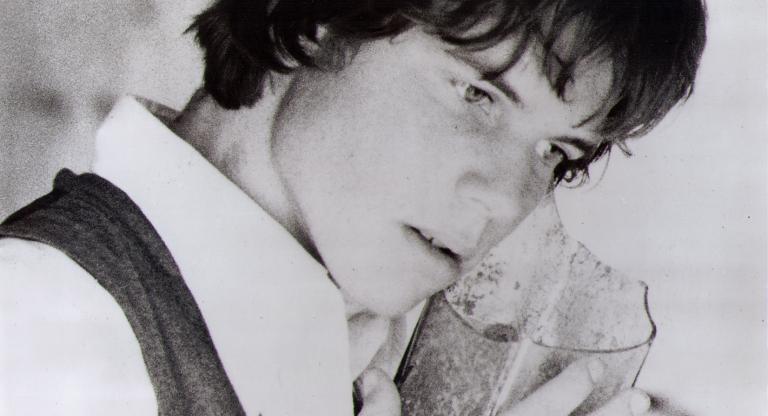