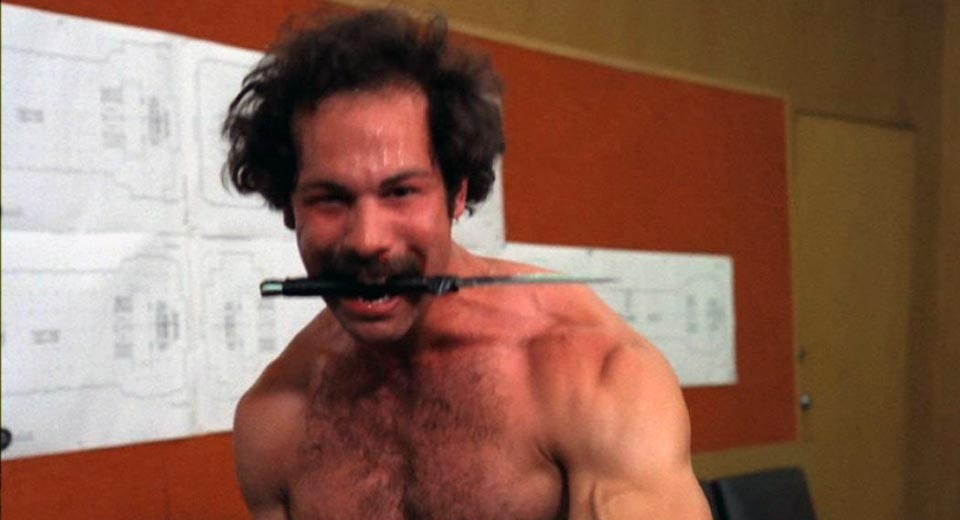 It’s a muggy 90 degrees, rents are out of control, New York’s most disgusting landlord—who believes Mexicans are murderers and rapists—is polling in the lead to be our next president, and his closest contender is a fellow multi-millionaire with whom he shares a Delaware tax loophole address. You can see Fellini’s Roma or Rossellini’s L’amore, but we are living in Death Promise's world—and we should heed its lessons.

It’s not simply by the standards of fly-by-night, no-budget, “Bruce Li”-style grindhouse urban kung fu extraordinaires that Robert Warmflash‘s Death Promise is one of the most stirring leftist tracts ever made. I have no idea whether Mr. Warmflash considers himself a radical—I saw him deliver a Q&A once, and tbh, he kind of looks like a comfortably retired porn producer and never uttered a word about politics—but it’s like if Ken Loach made a movie about a Nuyorican, a black guy, and a Chinese man teaming up to organize their neighbors for tenants’ rights and beat the shit out of their landlords. Consider the tagline: “Filthy rich landlords get away with murder. It’s time they pay for it.” I agree.

Unlike the Charles Bronson series whose namesake it unabashedly appropriates, Death Promise recognizes the systemic violence inflicted upon the marginalized lower (or “super predator”) class. When Charles “La Pantera” Bonet and Speedy Leacock catch fellow poor blacks and Puerto Ricans unleashing rats in the hallways—a classic landlord trick to get the building condemned or convince the tenants to move out—they subdue them with kung fu but let them go. Their fellow tenants call for blood, but Bonet and Leacock heed the advice of Bob O’Connell, an aged Irish boxer who is the pair’s surrogate father: “They don’t know who they’re working for. This whole block is owned by the Iguana Realty Corporation. It’s a dummy corporation: nobody knows who Iguana Realty is. But we’re organized now, and we’ll beat these bastards if we stick together and hang on.” When a stooge for the Iguana Realty corporation tries to buy O’Connell off, he tells them to “take this here polite bribe and shove it up your polite ass.” His monologue is worthy of an Elizabeth Warren tweet storm: “You’re all the same, you rich bastids. You think you wave a handful of money in everybody’s gonna jump. Well those buildings ain’t just made of bricks, ya know? People live in those buildings. People! And as crummy as those buildings are, they’re people’s homes!”