Dangerous Encounters of the First Kind 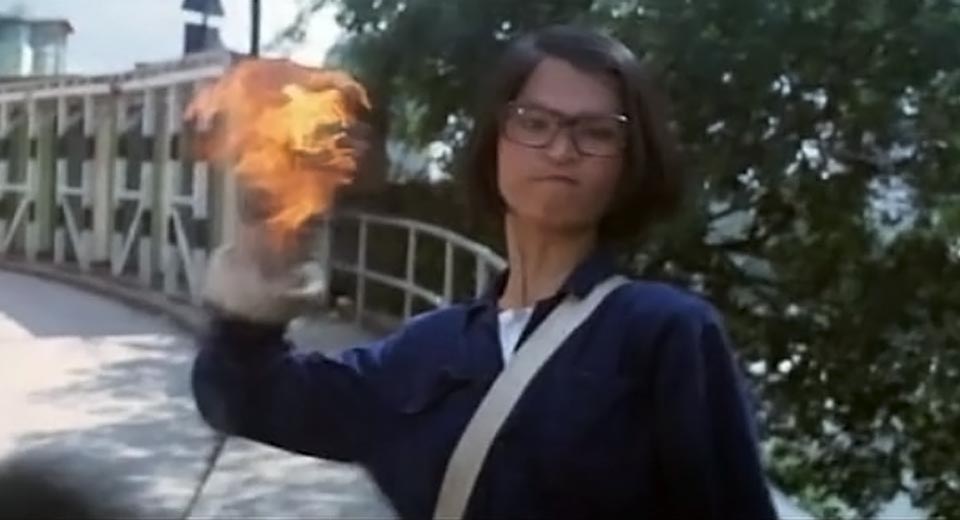 Tsui Hark is considered a principal figure in Chinese film, frequently the recipient of the title, “the Steven Spielberg of Asia.” However, enthusiasts of genre cinema and political art in general will find much to appreciate in Hark’s first few Hong Kong New Wave works, in which his voice and raw talent careened in full force onto the screen in grim and violent allegories that flew in the face of orientalist depictions of Asian culture on celluloid. No film captures the his early renegade style better than Dangerous Encounters of the First Kind (1980).

Hark’s nihilistic portrait of Hong Kong shows a powder keg of a society, brimming with violence, political corruption, and consumerism and in the stranglehold of Western colonialism—all it needs is some disaffected youth to light the match. A disturbed teenage girl (Chen Chi Lin) with a penchant for violence (including some actual on-screen violence against animals) leads a gang of three high-school boys on a criminal rampage. The teens set off homemade bombs in public places, rob tourists and terrorize civilians, courting the attention of the media but also U.S. Vietnam veterans-turned-arms dealers. When one of them steals from the wrong white guy, things really go to hell.

The explicit anti-American sentiment and depiction of youth hard at work on homemade explosives prompted British colonial censors to demand the film be banned unless heavily edited for theatrical release. An uncut version exists with the excised scenes reincorporated from VHS, producing a full film whose AV quality in inconsistent but also draws full attention to the political motivations of the censors. Spectacle Theater is showing both version of Dangerous Encounter of the First Kind, in addition to Hark’s first two features, The Butterfly Murders (1980) and We’re Going to Eat You (1979), throughout April.