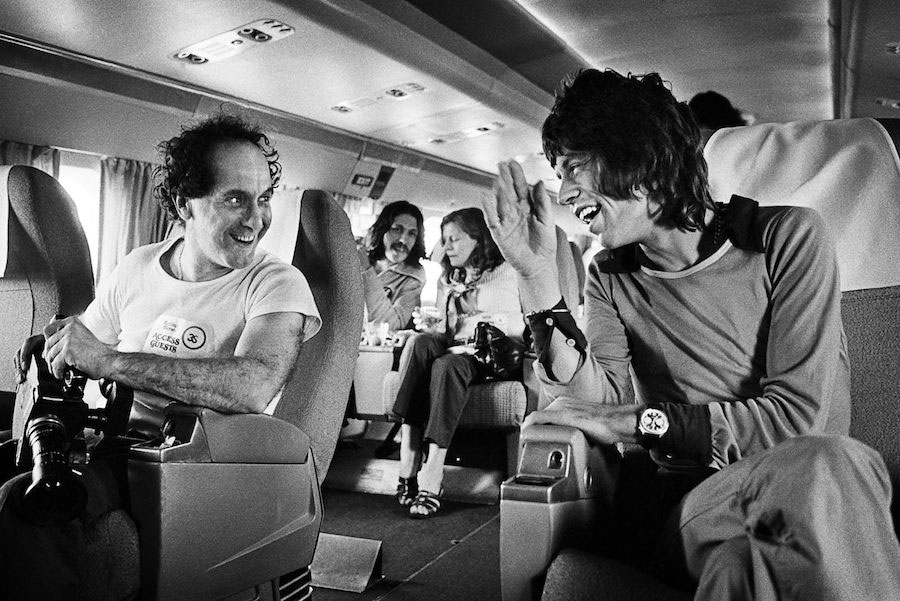 Let us pray that Peter Jackson isn’t also a “Stones guy.” The rich photochemical textures he couldn’t stomach in Michael Lindsay-Hogg’s elegant 16mm Let It Be footage pale in their period specificity next to the blown-out grime that timestamps Robert Frank’s unreleased Rolling Stones tour documentary Cocksucker Blues (1972). Jackson’s digital squeegee artists would surely weep trying to massage footage in which blaring lights reduce Keith Richards’s face to a white blob broken only by his snaggletooth’s little shadow. The Stones were in the US for the first time since Altamont three years prior, touring in support of Exile on Main Street, the cover of which sports an outtake from Frank’s celebrated book The Americans (1958).

Apparently taken with the Swiss photographer’s work, the band hired him to make a film of their triumphant stateside return. Supplying cheap cameras to anyone in the band’s orbit interested in wielding them, Frank and co-director Daniel Seymour captured, and by some accounts staged, the type of Caligulan backstage antics that loom large in the popular imagination of degenerate rock acts, despite a tantalizingly scant visual record. Not even fifty years of rehashed tales of hedonism in ghostwritten memoirs and Behind the Music bloviations can diminish the quicksand pull of this sleaze parade. Nearly lost in all the madness is Frank’s unmatched feel for the tragic vapidity of Americana, on display as the band watch hotel TVs and visit Southern pool halls.

Despite decent performances of hits like “Brown Sugar,” footage of the band on stage has a clandestine quality: seemingly random edits and awkward angles isolate Jagger from his audience and undermine his strained peacock routine. The band was arguably at the height of its musical powers during this period, but Frank keeps an analytical distance from the razzle dazzle of the stage. He generates more heat collaging the other twenty-two hours of the day, when roadies appear to sexually assault a groupie on the Stones private jet and Richards nods out in a stadium locker room while anonymous figures on the payroll stroll through the frame pursuing obscure errands. It’s all so ugly and exhausting, the inverse of the music.

The experimental clash of communal cinematography and a director of incisive vision provides as many ugly, indistinct frames as crystalline compositions, a perfect admixture for the perpetual hangover of art and commerce that is a major pop tour. Everything you thought you’d see behind the scenes of such a profligate rock spectacle is here, along with the monotony of excess that wouldn’t become a banality for another twenty years. The band apparently admired the film but sued Frank to prevent a proper release for fear they’d be denied entry to the US for subsequent tours. A legal ruling gave the director permission to exhibit the film a few times a year on the condition he present screenings personally. Mystique surrounding the film’s status only grew hazier after Frank’s death in 2019, which makes tonight’s screening at Nitehawk, the result of years-long efforts and Covid rescheduling, unmissable. 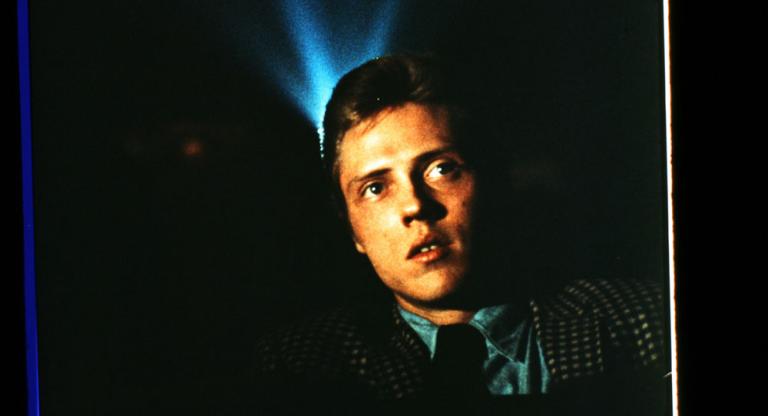 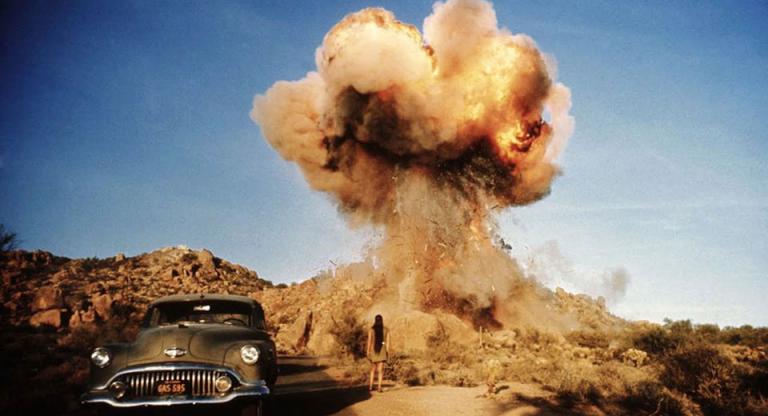 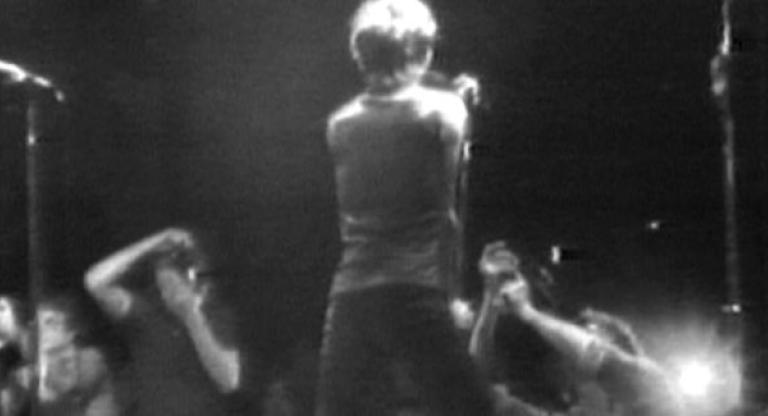