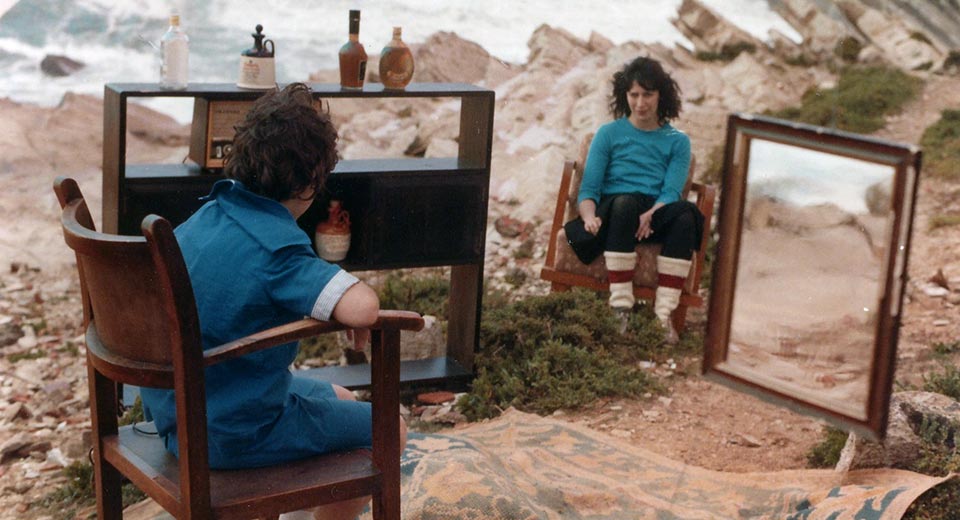 With City of Pirates (1983) Raul Rúiz’s seemingly infinite menagerie of inspirations found their perfect balance. Set ambiguously in an unspecified territory “1 week before the end of the war”, the film revolves around a young woman, named Isidore, whose cloudy expression and deep, fairytale voice suggests that she is living within a dream, or that someone else is dreaming her. Isidore’s world—or the world of the dreamer—is populated with people and objects that she does not appear to understand. There may be someone, a long lost love, that she is missing or longing for. While in the kitchen there is a knife by the radio, and the same knife is there in her bedroom, along with a trunk full of vegetables and baked chicken thighs and a man’s severed head. The man she calls Papa, a lecher who slips her money for some unnamed service, may or may not be her father; and her mother, who looks to be Isidore’s same age, may or may not be her mother. Then there is the mysterious little boy in his blue school uniform, and the handsome man with the mustache, and the two fascist policemen, and finally Toby (played by a transcendent Hugues Quester) who alternately speaks as himself, his grandmother, his grandfather, an ingenue named Carmella, a man known as “The Colonel”, and a young boy named Jeremy.

For all that is apparently illogical or esoteric—or both—in Rúiz’s film, there is, lurking somewhere between the images and Jorge Arriagada’s orchestral score, a coherent and completely overwhelming emotional feeling. Searching for a key to the film’s ultimate meaning one can pick out symbols of a lost childhood, of adventure stories, of the crimes of fascism in Europe and Latin America, and the homicidal in sexuality. But, as in any film by Rúiz, these symbols are more like musical notes in a composition than they are a puzzle of implications.

Many have tried and failed miserably to describe just what it is that Rúiz does and to find an accurate point of comparison. I can think of only one, the artist (and fellow filmmaker) Joseph Cornell. Cornell’s friend, the poet-critic Parker Tyler, described his work by saying that it “cathedralizes the thought too silly to mention and returns lost articles of the imagination.” I can think of no better description for Rúiz himself.