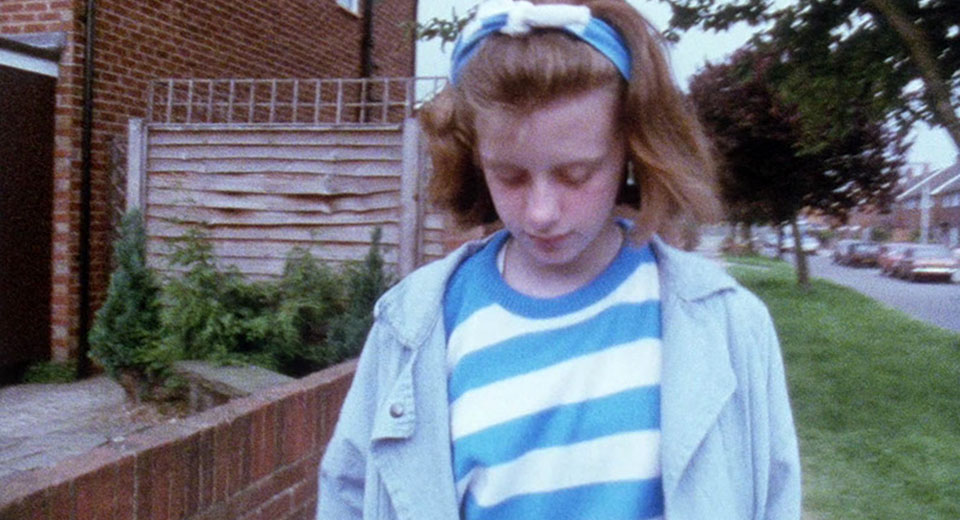 Neither a labyrinth or quite a prison, the hedged-in suburbs of Thatcher’s England found in Alan Clarke’s Christine become the site for a different sort of life sentence: killing time. The film follows its title teenager in and out of a series of middle class homes where she and her friends make small talk, shoot heroin, and zone out. This doesn’t so much repeat as continue, the casual minutiae of these encounters building upon each other to make a likeness of lives nearly lost which, like a kind of poetry, speaks to the senses.

Christine can feel like an empathy test. The impression that Clarke is keeping distance from these children is heightened by the lack of narrative intervention in their drug habits. But the film’s deeper truths come from the intimacy it develops with these fictional lives. Clarke carries us into their homes, showing us their cookie tins, their floral sofas, the television sets, the carpeting. We feel that these are truly inhabited spaces, and the filmmaker’s attention to the truths of averageness, of unexceptional lives trying to get soothed, is overwhelming. By saying nothing and showing everything, and by committing to this morality in miniature, Clarke gives us much to learn from.

We also find here the structure that Clarke would carry over to 1989’s Elephant (a film Americanized, in a sense, by Gus Van Sant in 2003): long tracking shots showing an encounter in their entirety before leading to the next one. While Christine follows characters who internalize violence, Elephant explodes it outward into a dialogue-free passion play of Ireland’s then-contemporary Troubles. These twin films — both made, amazingly, for British television, a decade before the noted start of our “Golden Age of Television” — are being paired together for the Clarke retrospective currently running at Anthology Film Archives, and while it is certainly not the easiest double feature of the summer, it’ll probably be the best TV you ever watch in a theater. And it’s free!