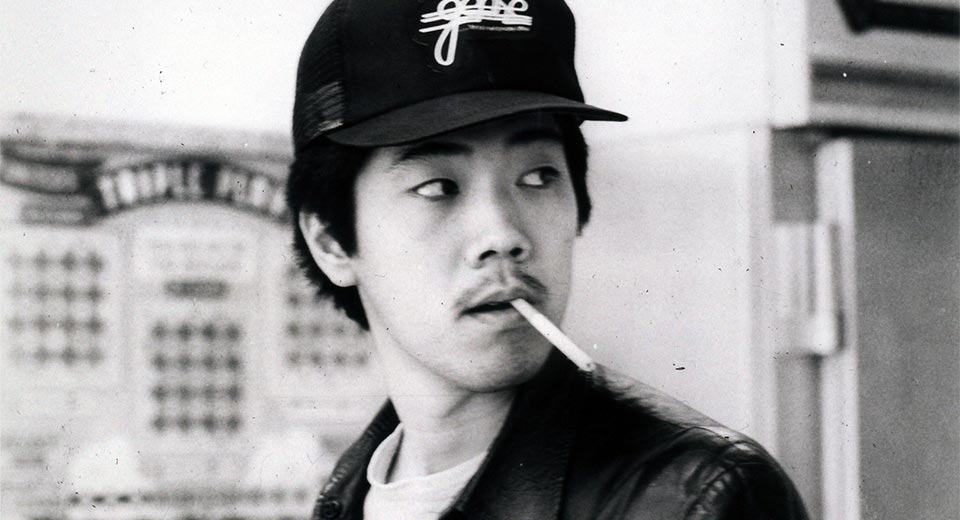 Wayne Wang was born in Hong Kong and named after John Wayne. He moved to the States, scraped together a shoestring budget from AFI and The National Endowment for the Arts, and made his debut feature, Chan is Missing, in 1982. Reviewers praised it for being not only about Chinese-Americans but also for them; it wasn't just another tour guide of San Francisco's Chinatown emphasizing the authentic and the exotic—the jade statues, reflexologists, and chicken feet. Still, it's obsessed with Chinese-American identity. A sociology student explains why grammatical differences between Chinese and English result in misunderstandings between immigrants and cops, the pies at Sun Wah Kee's bakery are presented as a perfect symbol of hybrid identity ("Looks like an apple pie but tastes Chinese"), and the film ends with a montage of steaming dumplings, kung fu movie posters, and Confucius statuettes, set to "Grant Avenue" from the 1958 musical Flower Drum Song. Chan is Missing is a candid portrait of Chinatown, complete with all the banal ways it caters to tourists' expectations.

Joe (Wood Moy) and Steve (Marc Hayashi) are partners in Wing On Cab Company, and they're in dire straits. They've given all their savings to a shady immigrant named Chan, who has disappeared without a trace. They set off to recover their money, but the more they find out the more opaque the riddle becomes (in a final moment of oriental wisdom, Joe admits, "I guess I'm not Chinese enough. I can't accept a mystery without a solution"). Their investigation soon reveals that during a recent Chinese New Year parade in which Chan took part, supporters of Taiwan and those of the People's Republic of China started to beat each other with signs and rolled-up banners. Was Chan a "hardheaded political activist"? Was he a dedicated patriot? Or was he just an eccentric or a paranoiac?

The cabbies are a mismatched, Laurel and Hardy-style pair: Joe is two decades older, Steve's a whole head taller, and Joe's visceral distrust of the police is often at odds with Steve's eagerness to turn over his problems to experts ("When you're sick, you go to a doctor, right?"). Some of the film's sequences are staged improvisations and some are pure fly-on-the-wall documentary, but Joe's reflective voiceover narration gives it more of a crafted noir feel than a Cassavetes or a Jean Rouch one. It also provides a medium for ironic commentary (Joe complains that it takes the average customer three seconds to ask him where to find the best Chinese food). The soundtrack is Cantonese rock n' roll and 60s torch songs, punctuated by a piano-and-strings score so ominous it has to be tongue-in-cheek.