Challenge of the Masters 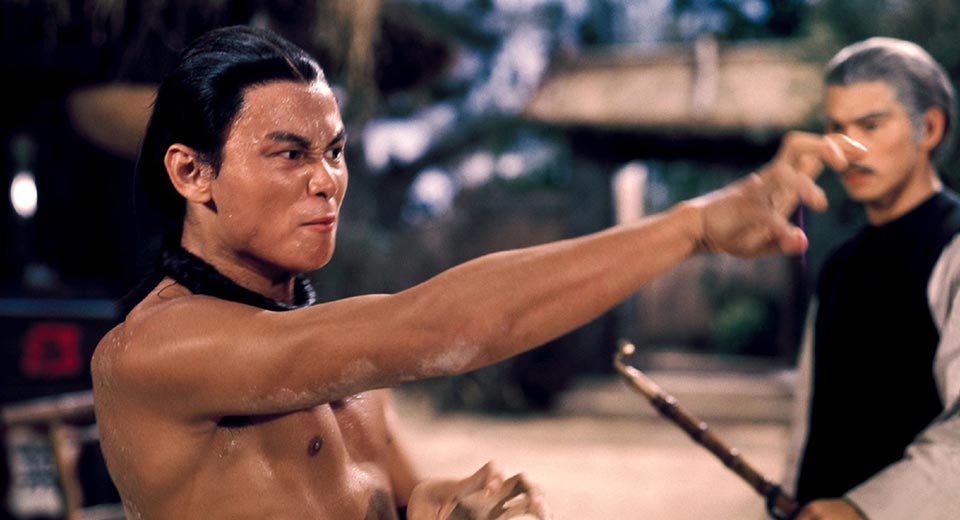 MoMA's tribute to martial arts film pioneer Lau Kar Leung continues tonight with Challenge of the Masters. The film's protagonist, Chinese folk hero Wong Fei-hung, is a familiar one to kung fu fans. The blueprint created by the film's plot – that of a would-be kung fu loser's training and maturation into a highly skilled martial artist (usually for the purposes of revenge) – will be quite familiar as well, as it spawned a steady stream of notable imitators, including the early kung fu comedies of Jackie Chan and Sammo Hung.

In Challenge of the Masters, the young Wong Fei-hung transforms from helpless to heroic, and this transformation through rigorous training, becomes the film's most moving and meaningful action, as he not only hones his martial skill but experiences a philosophical awakening. In this sense, Lau's film is one of the most beautiful in martial arts cinema, allowing us a glimpse into the heart of kung fu and martial arts practice, where students forge their character on the path to mastery.

Wong Fei-hung has a special significance in the life and work of Lau Kar-leung, who served as choreographer for some of the character's mid-50s appearances, where he was played most famously by Kwak Ting-hing over 70 times. In fact, the actor was so closely associated with the role that subsequent portrayals of the character would almost exclusively depict him in his youth, as is the case in Challenge, where frequent Lau collaborator Gordon Liu takes up the role. Wong was in reality a doctor and martial arts instructor in Guangdong province. Lau's father, Lau Cham, studied with Wong and became a disciple of his Hung Ga style.

In Kwak Ting-hing's portrayals of the character, the martial arts master would not vanquish his opponents but rather use his skills in medicine to heal them. This tradition is continued in Lau's film, where our hero learns something that outstrips any eagle claw or no shadow kick. Wong Fei-hung's ultimate lesson is a bit more modest – that the soul of martial arts is not aggression but compassion.