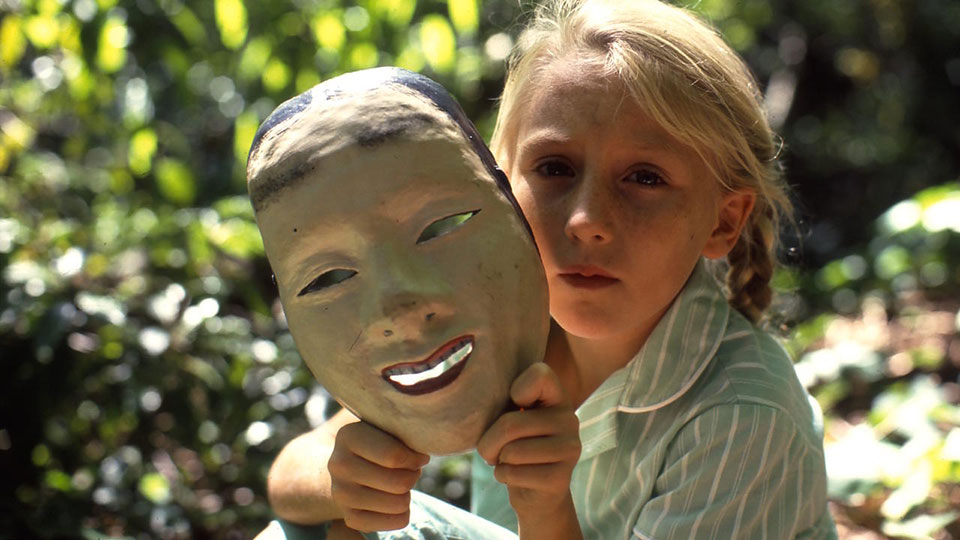 There are two worlds, nearly parallel, reflecting each other in key but not always straightforward ways. These are the societies of adults and children. When hysteria and social fault lines appear in one, the other is not unaffected, but is warped in turn, perhaps violently. Celia captures this delirium of childhood, its arcane rituals, unstable alliances, and cruel games, while throwing long shadows back onto the political machinations of the parents. In its complicated reflections, it has much to say about both worlds.

Celia is almost nine. Threats intrude on multiple planes: her favorite storybook is about The Hobyahs, bogeymen that haunt her nights, but she’s just lost her beloved grandmother, and is just becoming attuned to the hypocrisies and disappointments of adult life. In 1950s Australia, adult life appears ruled by two prevailing fears, of communists and of crop-devouring invasive rabbits. Despite this, Celia wants nothing more than a pet bunny of her own, and she’s intrigued by her new neighbors, the Tanners, who have the same illicit books her grandmother kept and hold Communist Party meetings in their home. Their children become her new allies in the escalating war games waged against neighborhood rivals in the suburban no man’s land of an abandoned quarry, but their politics threaten their place in the community. Meanwhile, rabbits, wild or domestic, are coming under legislative wrath, and Celia’s conformist administrator father, embodying the worst kinds of blandly abused power, has his eye on independent Mrs. Tanner even as he threatens her and her husband. Celia’s uncle, a cop, conflates communism with fascism while embodying fascist principles all too well. If the men tend to abuse their positions, the women reflect more nuanced struggles. Celia’s mother registers her husband’s shortcomings in silent assessment that subtly shapes a complicity with her daughter, accepting the weight of domestic burdens without giving in to them. Alice Tanner, even as she faces persecution for her hopes in communism, finds herself estranged from other radicals for questioning Stalinism in the wake of the 1956 Hungarian Uprising.

All of this is taken in and processed, along with a series of related losses of a severity largely unnoticed by her parents, by the intelligent, perceptive Celia (whose notable skills include forcing window locks with butter knives, clever treasure stashing, blood oaths, and voodoo), informing her fantasy life and increasing sense of moral dislocation. When the film was eventually released in the USA, it was marketed as a horror film with the especially baffling title of Celia: Child of Terror, but this reductive approach to her never-unsympathetic malaise feels deeply off the mark. It’s to director Ann Turner’s great credit that in making a distinctly less classifiable work, she neatly avoids wasting any time on rote genre devices. Instead, every sequence holds vital meaning, illuminating further shades of compromise and betrayal. Similarly, Celia’s fancies never overwhelm reality. They critique it, retaining their grounding. When these come to a head in the film’s key moments, they strike with an unexpected force, right up through a surreal yet all-too-pertinent final quarry ritual that suggests Celia’s induction into the contradictions of adulthood may have been all too successful after all.

Celia is streaming on Tubi