The Castle of Purity 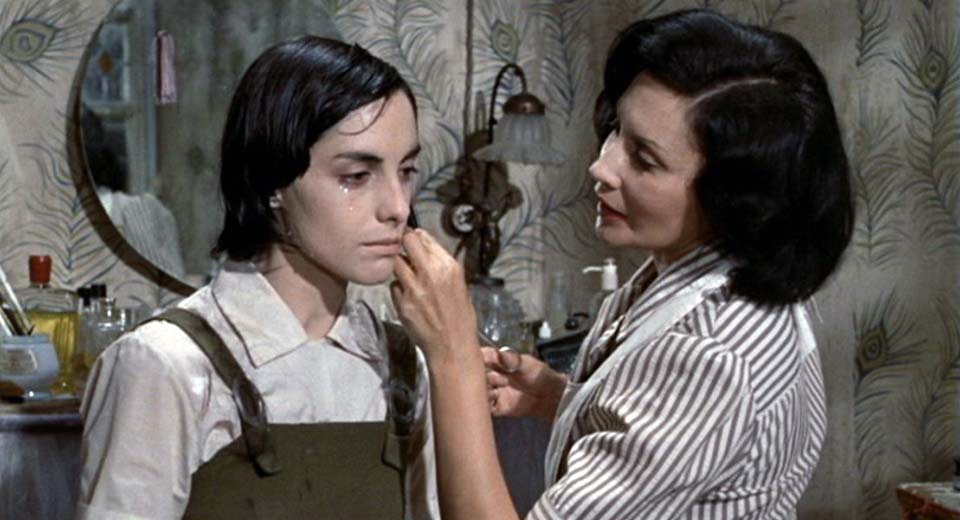 Like the rain constantly pouring into the courtyard (Through the ceiling? Or is it open air?), paternal oppression is an inescapable natural phenomenon in El castillo de la pureza. Arturo Ripstein’s domestic nightmare is a bright inclusion in Emotion Pictures, Lincoln Center’s survey of melodrama through the ages—not necessarily for how well the film fits what we might imagine as “melodrama,” but how it shows how far the genre’s soul can travel.

Patriarch/pesticide salesman Gabriel Lima (played with terrifying believability by Buñuel stock actor Claudio Brook), rejecting the influence of the outside world, has kept his family trapped inside his fortress-like home for almost two decades. Aflame with self-pity and self-righteousness (all the fault of—who else—women), he terrorizes his wife and three children with visions of a morally bankrupt society waiting to tear them apart if they step outside the tall front doors of their house.

Lima, of course, is an expert gaslighter, and the skill with which he doles out affection and gifts one moment before rapidly shifting into punishment does much to explain the power he has over his family. Ripstein could have easily turned up the heat on this material, but he keeps the tension low throughout, prioritizing quease over sleaze. In its handsome stateliness, and its commitment to a claustrophobic near-single location, Castillo itself at times feels as repressed as the family at its center, making those moments of explosive emotion—the juicier melodrama—sting like the rat poison Lima conscripts his family into making.

It is this strategy, and this humanity, which distinguishes the film from something like the thematically similar Dogtooth, a film which has no problem exploring the trauma and pain of oppression, and much less interest in giving its own captive characters a full sense of life. Ripstein allows his family to escape in the few ways they can: through laughing, playing games, and showing each other kindness. This may be a minor victory, but in context, it feels tremendous, and gives real meaning to the film’s final deus ex machina-assisted act of rebellion.