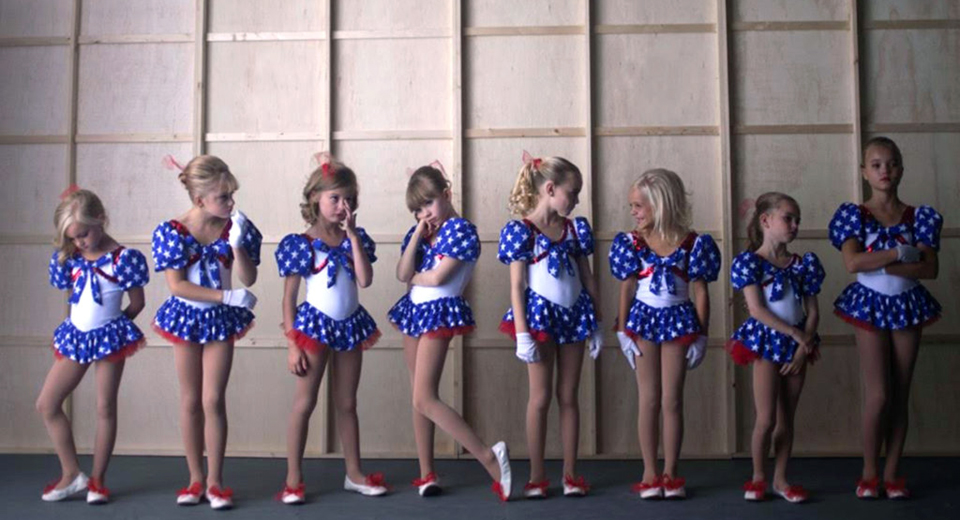 In Casting JonBenét, director Kitty Green sets up auditions in Boulder, Colorado, home to the Ramsey family and scene of the 1996 murder of six-year-old child pageant queen JonBenét Ramsey. A procession of local actors audition for the roles of her parents, Patsy and John Ramsey, her brother Burke, the Boulder Chief of Police and, of course, JonBenét herself. Each of these actors introduce themselves and talk about why they might be well suited for a particular role, divulging what they believe to be personal connections to the case: “my brother was murdered,” “I’m a mom of a little girl,” and “I used to be in beauty pageants.” They are asked to describe what they remember about the case and then to reenact certain elements, such as the 911 call placed by Patsy Ramsey, and John Ramsey finding his daughter’s lifeless body.

If this description sounds potentially gruesome, remember that the case itself was a uniquely postmodern affair, occurring at the dawn of the 24-hour news cycle and containing a remarkable combination of tawdry sensationalism, judicial ineptitude and intense public interest and speculation which, even then, served to obliterate the real crime. As a public phenomenon, the case was all about our collective projections: “I could never murder my own child so the parents must be innocent,” or “Patsy Ramsey was a bad mother so she must be the murderer,” etc. The actors who audition for Casting JonBenét are certainly no exception. One posits that Patsy Ramsey probably died of ovarian cancer because of what she did to her daughter, and there is much speculation about child sex rings. The auditions build to a crescendo of personal confessions and id-display before we see all of the actors performing JonBenét’s last hours at once. It’s a bold formal experiment that seeks to divulge a new dimension of truth about the case, and the result is a film not about a tragedy, but about the lengths that humans will go to to make sense of what happens around them.