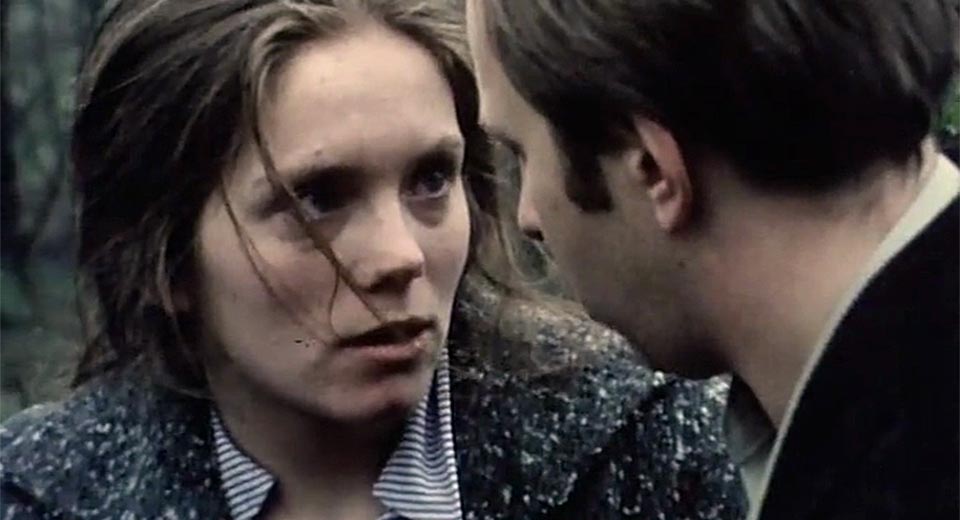 Regarding his second feature, the made-for-TV The Calm (1976, but shelved until the 1980s), Krzystof Kieslowski wrote that it "hasn't got anything to do with politics." This isn't entirely true—the story revolves around a paroled inmate's job placement at a construction site and his involvement in a strike there—but what the political framework contains is a decidedly individual-focused story.

In his first film, The Scar (1976), an "honest Party man" is appointed to oversee construction of a chemical plant in a depressed provincial town, meeting resistance from "short-sighted" locals who don't like nitrate-tainted drinking water. On-site researchers' silence is bought, administrators pilfer furniture from a local school, and "public opinion" is their constant adversary—the movie is by no means apolitical, but Kieslowski had already begun his drift toward the private chamber drama.

In The Calm, parolee Antek Gralak's (Jerzy Stuhr, for whom Kieslowski wrote the script) modest ambitions for his new life ("a television and a wife") tip us off to Kieslowski's retreat from politics to "the individual and his plight." Despite controversial portrayals of inmates performing labor outside prison (a practice officially banned in Poland at the time) and of a strike (the first time ever on a Polish screen, according to Kieslowski), The Calm falls into the trap of the exceptional protagonist, i.e. the tendency to distinguishing between an individual central character and the people who constitute his milieu. This dramatic form demands that the protagonist be "different" from his colleagues, schoolmates, etc., and Antek is a case in point: unlike his construction site comrades, he's a.) a former inmate, and b.) a recently married soon-to-be father, making him more vulnerable and more burdened with responsibility, thus justifying his position as mediator between the management and the striking workers. His reluctance to fully support their action is attributed to his special circumstances and his psychological essence (he's a milquetoast pushover). In a former, more ideologically rigorous age, his behavior might have been called opportunism, whereas here it's nothing but human weakness. Is the main function of this kind of humanism to excuse all kinds of shortcomings instead of helping us conquer them? Or was Kieslowski and his contemporaries' so-called Cinema of Moral Anxiety concerned with showing how the personal is political?