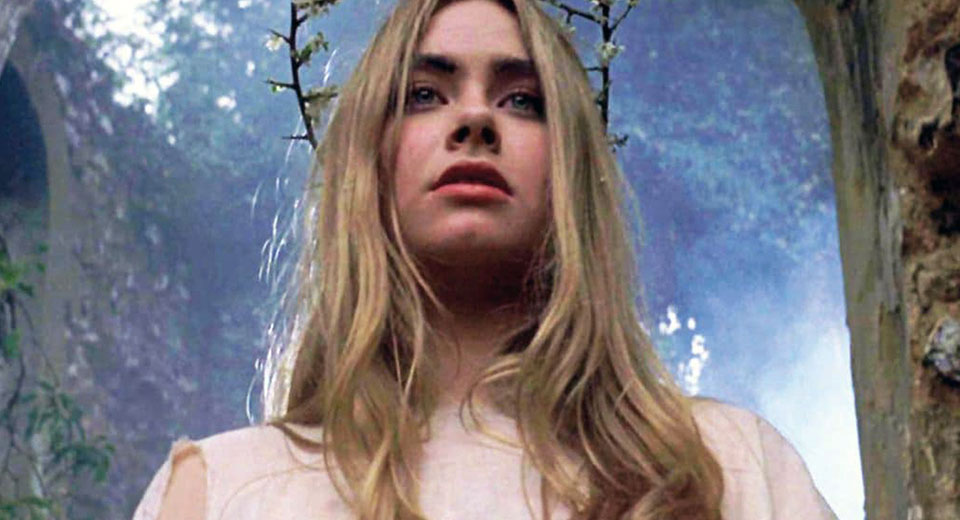 The camera in The Blood on Satan’s Claw (1971) often sits close to the ground, plunging the viewer the mirthless 17th-century English dirt. Other times it is nestled within barren shrubbery, so thin, fingerlike branches creep into the frame. From the film’s start you feel that every inch of the village and its inhabited are corrupted, the very earth cursed. By the time a ploughman stumbles upon a grotesque skull in the opening minutes, complete with a worm crawling on a still-intact eye, it is clear that hope is not something worth having.

Nestled in between Michael Reeves’ Witchfinder General (1969) and Robin Hardy’s The Wicker Man (1973), The Blood on Satan’s Claw (directed by Piers Haggard) rounds out the trio of British films that (until recently) almost entirely constituted the subgenre now known as “folk horror.” While all three center around clashes between Christianity and paganism — or rather the paranoia around resurgent pagan practices — The Blood on Satan’s Claw is the only one in which horror is created by actual occult forces and not just mortals lacking humanity. Patrick Wymark (Repulsion, also Witchfinder General) plays a local judge skeptical of fears relating to the supernatural, but who is forced to reckon with the strange happenings in his town: children discovering strange body parts and then mysteriously losing their own, people falling ill and going mad, not to mention the group of young people who have decided to form a coven and stage their own Black Mass.

Multiple narratives weave in and out to show a village unraveling under demonic influence and succumbing to chaos. And while beautiful filmography and wild happenings create a deliriousness that is arresting, this is also a rather grim film. It is worthwhile to make note of a particularly lengthy and punishing scene of ritualized sexual assault-turned-murder that is a quite frustrating watch, to say the least. However, The Blood on Satan’s Claw also impressively captures malevolence as an all-encompassing, almost cosmic energy, a force that permeates both people and the air they breathe and the ground on which they walk. If there is a true spiritual forebear for the small yet highly-discussed wave of modern films that are revisiting folk horror, it’s this one.

The Blood on Satan’s Claw plays Film Forum tonight as the latter half of a double feature (two films for the price of one) with The Changeling (1980).