Blood of the Condor 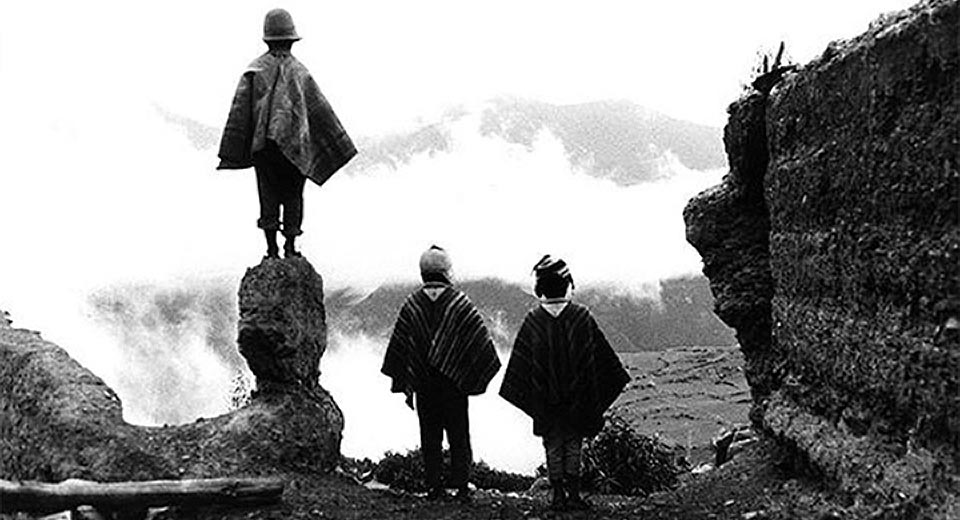 This month Spectacle runs the series America Latina Rebelde , a selection of film polemics from 1969-1986 focusing on worker uprisings, imperialism, neocolonialism, and people of indigenous ancestry. The themes crystallize most fully in Jorge Sanjinés’s Blood of the Condor ( Yawar Mallku, 1969), a film made with Bolivia’s majority yet politically underserved Quechuan population, in their native language, about the Peace Corps' forced sterilization of unwitting natives.

Blood of the Condor was Sanjinés’ second feature film; his first, Ukamau, produced as the filmmaker was head of the state-run National Institute of Cinematography, inflamed the government with it’s anti-mestizo, pro-Quechuan revolutionary message. An estimated 300,000 Bolivians saw it, but soon all known copies were seized and destroyed and Sanjinés was out of a job. Under these circumstances he started the Grupo Ukamau filmmaking collective to craft a follow-up.

Explicitly defining his cinema as a war against Imperialism, Sanjinés wrote that “given the power, experience, shrewdness, and covetousness of this enemy, one must conclude that there is no time, neither for idle pursuits of estheticism, nor for personal realization.” Indeed, Blood of the Condor is raw: technically stripped-down and incisive, yet with a throbbing humanist heart. We’re introduced to a Quechuan couple, Ignacio and Paulina, whose marriage is strained by their third failed pregnancy. When village men, amid rumbles of mass infertility, are shot by corrupt police, Paulina takes Ignacio, the sole survivor, to the city for care. There she finds his brother, Sixto, a factory worker who has unhappily tried to assimilate with Western-inspired culture. He pools every resource available to try to raise money for the plasma transplant to save his brother’s life—but in doing so, learns the truth about the sterilization program being run by the local “Progress Corp”—a frankly humorous caricaturization of rock ‘n’ roll loving Peace Corp surrogates.

Although never formally recognized by the U.S. or Bolivia, the existence of the sterilization program was already widely speculated upon in the newspapers and radio and decried as a eugenics experiment given Bolivia’s under-population and already high infant mortality rate. It’s plausible given the testimony Sanjinés received from doctors and gynecologists who treated the Quechua women, and furthermore the U.S. government’s history of forced sterilization programs throughout not only Latin America, but domestically among Native Americans and handicapped populations (most famously celebrated in a Supreme Court decision authored by Oliver Wendell Holmes Jr. cited in the Nazi’s defense at Nuremberg). Blood of the Condor culminates in a revolutionary note—one that effectively transcended the screen, leading to a popular uprising the ejected the Peace Corps from Bolivia, making it one of the Third Cinema films that led to direct action.