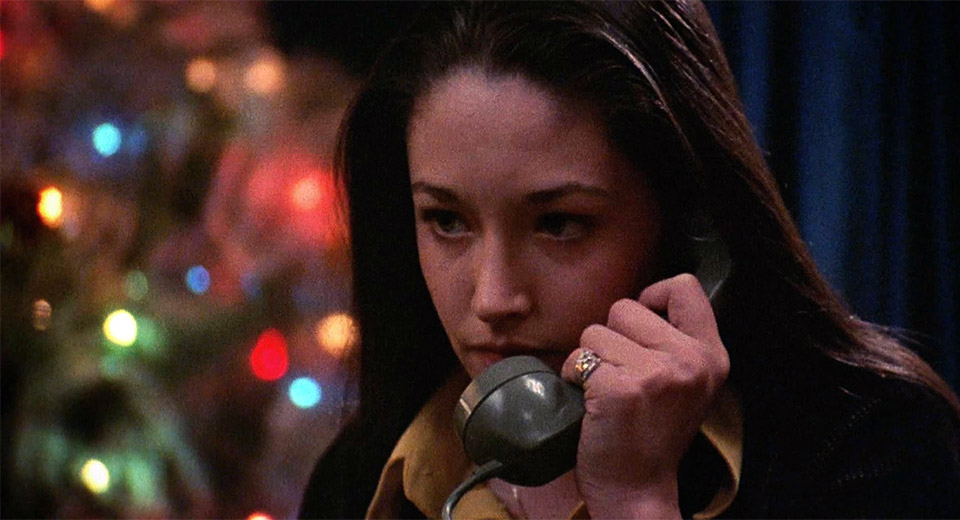 Directed by genre-hopping Canadian Bob Clark (A Christmas Story, Porky’s), Black Christmas throws the viewer into the perspective of a madman as he climbs into the attic of a sorority house while its residents are enjoying a Christmas party downstairs. Olivia Hussey (Romeo and Juliet), Margot Kidder (Sisters, The Amityville Horror), and the rest of the girls have been receiving obscene phone calls for weeks, having nicknamed the shrieking vulgar voice on the other end of the line “The Moaner,” but don’t think much of it until one of their sisters goes missing. As a few of them remain in the cavernous house over the holiday, they’re forced to reckon with a threat that’s closer to them than they expect - is the killer a maniac stranger or just another man in their social orbit?

Predating John Carpenter’s Halloween by four years, Black Christmas laid the groundwork for the wave of slashers that was soon to come. However, many of the films it influenced possess only a fraction of the ingenuity and unnerving quality that made Clark’s work so seminal, and most lack the gender politics that made Black Christmas both ahead-of-its-time and a rather rare standout even decades later. The sorority girls are not just a swath of attractive meat to be picked off one-by-one but individuated characters, each bringing their own emotional backstory and rationale to the situation at hand. The bleakness that courses throughout the film emerges from our knowledge that the women are even more vulnerable than they know, not only because (as the urban legend goes) the danger is coming from inside the house, but because the male police officers tasked with helping them (led by John Saxon of Tenebrae and Enter the Dragon) are ill-equipped, having already started from a baseline dismissal of the sorority sisters’ concerns. And a subplot involving Hussey’s character’s impending abortion and her angry artist boyfriend (2001: A Space Odyssey’s Keir Dullea) injects even more threat into the equation, introducing another violent man who wast to control women’s bodies in a diferent way.

Don’t start your holiday without catching Black Christmas first, one opportunity being at Downtown Brooklyn’s Alamo Drafthouse tonight. With underrated, affective performances, some of the most chilling sound design in horror movie memory and an unforgettable, nihilistic ending, it’s a stone cold classic.