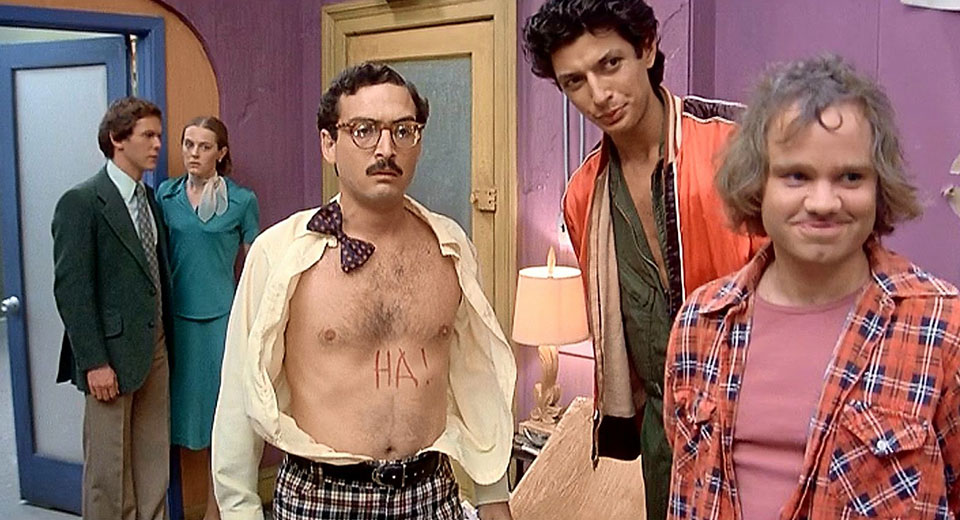 Boston is kind of a dreary place (sorry Boston), but apparently in 1977 it was, well, even drearier. It's to the credit of Joan Micklin Silver's bohemian dramedy, Between the Lines, that the city's shabbiness comes through as truthfully as it does.

When I was in college in Boston about a decade ago, a weekly newspaper called The Boston Phoenix (1965-2013) was still around. Back in '77, the Phoenix and another Boston alt-weekly, The Real Paper (1972-1981), provided the model for the fictional paper in Silver's film. Sold hand-to-hand for a quarter, The Back Bay Mainline has spotty distribution and dwindling revenues. Photographer Abbie, reporters Laura and Harry, and music critic Max (Jeff Goldblum) are facing less work, less pay, and even less of a future. Ads are swallowing up their column space (advertising coordinator Stanley is portrayed as a pain in everyone's ass) and there are rumors of a corporate takeover (with attendant staff "restructuring"). Gone are the days of serious investigative reporting, of "sowing the seeds of dangerous dissent." Everyone is trying to decide whether to follow the money to New York or go write a novel in Oregon except idealistic rookie David (Bruno Kirby), who loves the struggle and wants to hone his craft.

Film Comment's Rob Nelson called Between the Lines "the rare (and perhaps only) alt-press movie." Films about intrepid reporters are myriad, from Ace in the Hole (1951) and Beyond a Reasonable Doubt (1956) to Spotlight (2015) and The Adventures of Tintin (2011), but did anyone ever write a screenplay about Wayne Barrett and Robert Christgau's pioneering years at The Village Voice, or Ellen Frankfort's controversial 1976 book about working there? If Between the Lines has any claim to verisimilitude (which both Silver and scriptwriter Fred Barron's stints at various alt-weeklies suggest), there seems to have been enough toxic masculinity to warrant such an exposé. The men in Between the Lines are, to varying degrees, possessive, self-absorbed, and bitter, often presuming to speak on behalf of their (female) partners and lashing out in frustration when interrupted. Spaced-out Goldblum is a bit of an exception and John Heard (C.H.U.D.) is occasionally tender, but even he regularly flies into childish rages. Lindsay Crouse and Gwen Welles are great as Abbie and Laura, and their friendship provides welcome relief from the film's general rancor.