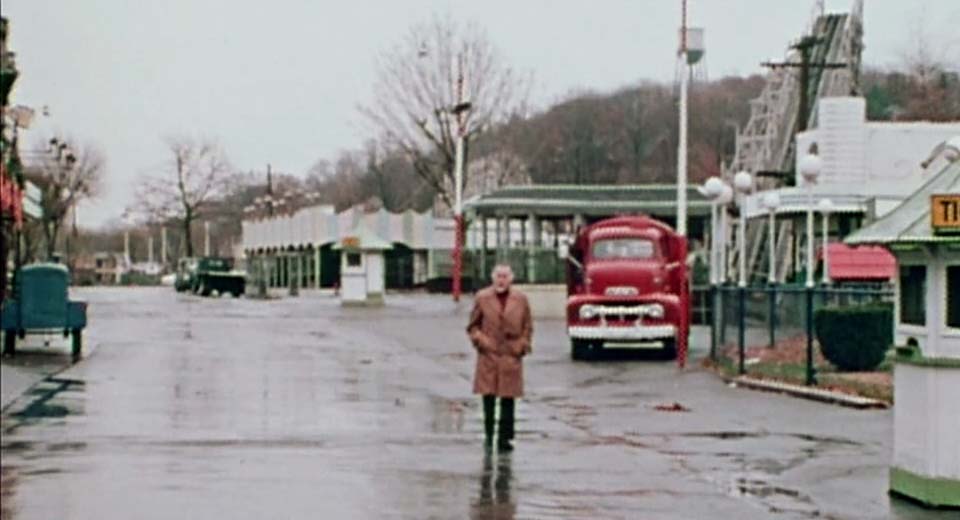 There’s a compelling link between regional horror filmmaking and so-called industrial or ephemeral film production. Outside of bustling megalopolises with an established track record of studio productions, aspiring auteurs were supported by the audiovisual needs of corporate clients in places like Detroit, MI, and Lawrence, KS, by shooting materials for classrooms, training seminars, and advertisements. And especially in the years before tentpole studio genre releases like Jaws muscled their way on to the screens reserved for B-movies, the horror film represented a viable market for independent talents (or at least shrewd hucksters) eager to move into features.

Among the most famous to grind out of industrials and into the drive-ins is the late George A. Romero, a Carnegie Mellon graduate who cut his teeth on commercials for his production house The Latent Image in Pittsburgh before ushering a new era of horror with Night of the Living Dead. Although some of these thirty second spots can be seen—the most famous being a Calgon commercial made as a pitch-perfect sendup of groovy sixties sci-fi—his lengthier sponsored work has been considered lost or buried. But now, thanks to the rediscovery of a legacy telecine transfer on color ½” reel-to-reel tape—which, all things considered, looks fantastic—an extraordinarily obscure, bona fide lost Romero featurette made in between The Crazies and Martin can be seen at volunteer-run microcinema Spectacle.

The Amusement Park, shot in Pittsburgh’s now-defunct West View Park, is a compassionate yet surreal public service announcement about the travails of the elderly. Lincoln Maazel—Martin’s future vampire-hunting granduncle—introduces and stars in this Twilight Zone-style narrative möbius strip about an elderly man’s journey through a strange amusement park where he and other aging Americans suffer a variety of indignations at the hands of bratty children, yinzer cops, malevolent bikers, and shady grifters. The proceedings gleefully court the uncanny, coming across as a madcap, carnivalesque riff on the symbolically loaded dream sequences of Wild Strawberries—at once the loosest and most overtly Bergmanesque thing Romero has ever done, with a spirit of whimsy that belies genuine existential dread. With its investigation of liminal states in an midway setting, The Amusement Park also can’t help but deepen the affinities between Romero and fellow industrial filmmaker Herk Harvey, whose dreamlike Carnival of Souls is often considered a precursor to Night of the Living Dead.

Those who revere Romero for his keen sensitivity to social issues will detect a familiar sensibility in The Amusement Park—during a dining sequence, a cigar-puffing elderly man in a tuxedo is treated like royalty, while Maazel is greeted as an eyesore; when an elderly black man shows up, he’s thrown out entirely. There are probably at least half a dozen other instances in which the film considers the various intersections of class, race, age, and able-bodiedness. (To that end, Romero fans will also note NotlD zombie patient zero Bill Hinzman’s presence as a shady slumlord.) The Amusement Park ultimately sheds more light on Romero as a perhaps pessimistic yet deeply compassionate humanist—and if the print shows signs of decay, we’re lucky it’s clawed its way back to the surface.