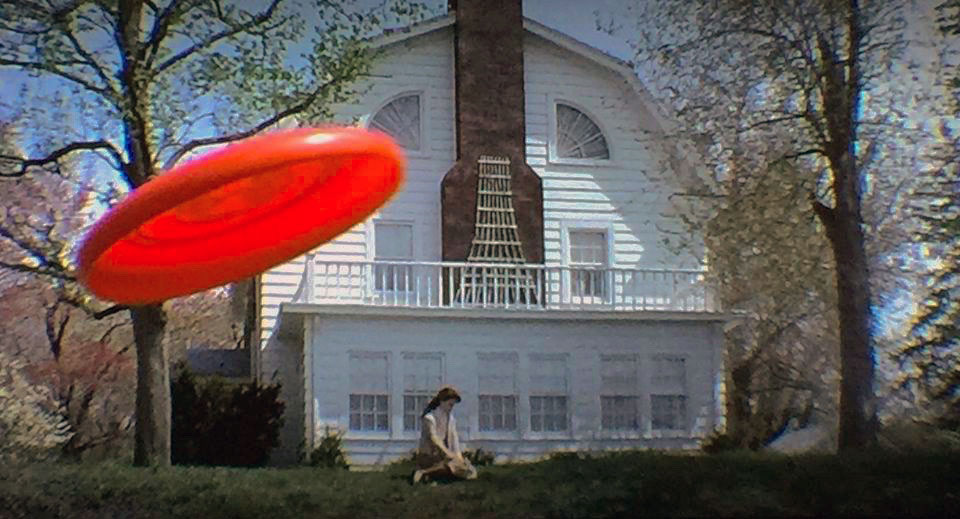 The third (and most maligned) entry in the Amityville series bursts forth from the screen this evening at Quad Cinema as part of their survey of the 1980s 3-D boom in genre cinema, currently revisited over Thanksgiving weekend. Amityville 3-D (1983) was one of a few horror films of this era which appear to have gained an extra dimension solely because their franchise achieved threequel status — Friday the 13th Part lll: 3-D and Jaws 3-D were both released within a year of Amityville 3-D and also share the spotlight in this series.

The film stars Tony Roberts as journalist and metaphysical mythbuster John Baxter (in an admittedly clever move, the character is loosely based on real life paranormal investigator Stephen Kaplan, who tried to prove that the Amityville hauntings were a hoax), who moves his family into the the most infamous Dutch Colonial of all time and refuses to leave until literally all hell breaks loose. But such a fatal misstep is not without its own touch of self-aware humor: upon discovering a dark, ominous pit in the basement, Roberts even says, “I guess this is supposed to be, uh, the gateway to Hell!”

I cannot lie: this movie is dumb with a capital (3)D, but it takes full advantage of what many consider nothing but a cheap gimmick to elicit some genuinely fun spook-house jump scares. Beyond that, what the film does have it owes to the prolific and versatile director Richard Fleischer (20,000 Leagues Under the Sea, Soylent Green), who takes advantage of the house itself as both a domineering presence and a gothic tomb for its inhabitants. And if you want to see a young Meg Ryan make rude jokes about fornicating with ghosts over a game of Ouija, this one is worth checking out.