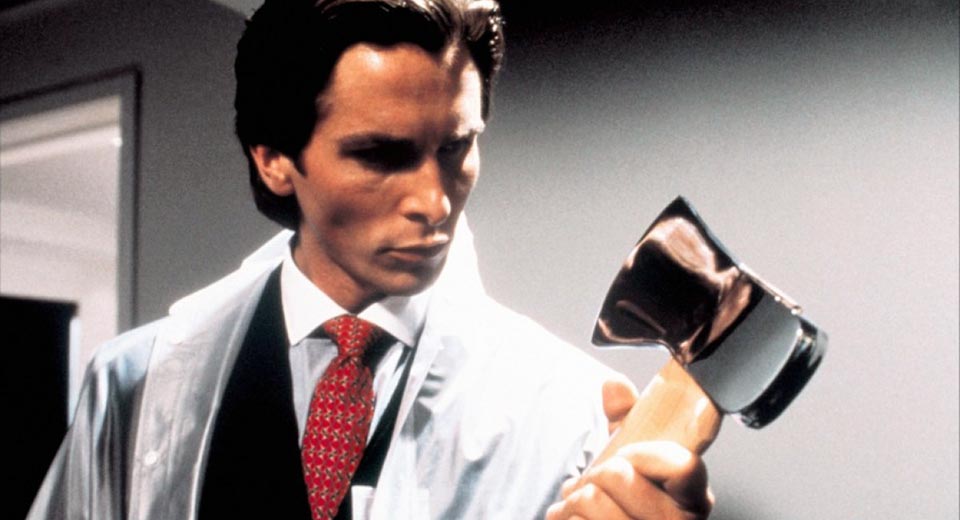 Mary Harron’s American Psycho (2000) screens as part of the “Generation Wealth” series at Anthology Film Archives on Black Friday, a wry example of counterprogramming for the annual celebration of American consumerism at its most flagrant. The film adaptation of Bret Easton Ellis’ novel, which follows Wall Street yuppie-by-day, serial killer-by night Patrick Bateman as he slices and dices torsos and sea urchin ceviche in equal measure, has given us the paragon of killer capitalism in its (extremely fit and moisturized) embodied form. Almost twenty years later, its bleak outlook and biting humor are both wicked enough to leave one wanting a shower with some water-activated gel cleanser, followed by a honey almond body scrub.

Much has been written about American Psycho’s sardonic depiction of violent masculinity in conjunction with consumerism, about how even though its target was Reagan ‘80s it seems to become more and more prescient with each passing year.

However, even though Christian Bale’s career-making performance as Patrick Bateman has made the character an inescapable sight at Halloween parties, it doesn’t change how unique the film remains as a portrait of a particularly destructive male vanity. The choices Guinevere Turner (who also has a role in the film) and Harron make in their screenplay and direction, respectively, to limit the focus on mutilation and turn their attention to the male ego that brushes up again sociopathy on a daily basis under late capitalism.

If there is such thing as a “female gaze” aimed at modern capitalism, you can find it here: in the focus on nervous glances and beads of sweat as business card fonts are being compared, on the details of costume and how the watches and weekender bags (who can notice there’s a corpse stuffed inside when they’re blinded by Jean Paul Gaultier?) are fetishized to the extent they completely replace the people sporting them, all the way to abuse and murder of the underclasses (homeless men and rich women alike) by a psychopath who appears interchangeable with all the other yuppies who enable this heinous system grinding on. While Ellis may believe the medium of film is built by and for the male gaze, American Psycho is a good case study to point to when you respectfully disagree.