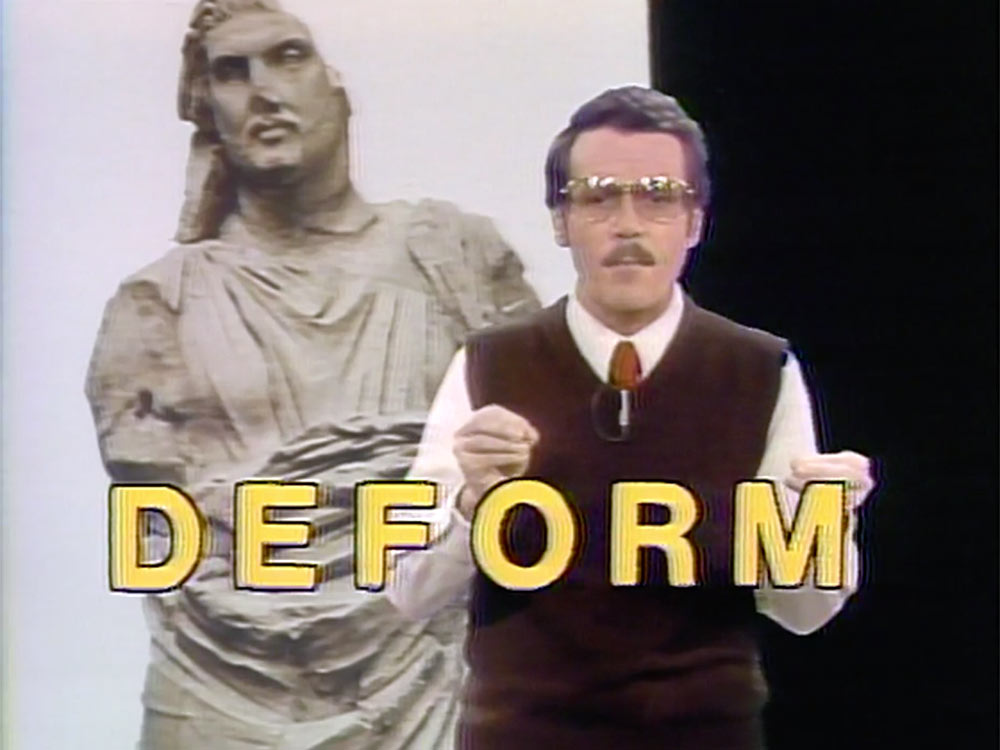 “I like to go inside words and look for the secrets.”

In his 1970s educational series Wordsmith, terminally groovy Bob Kupa’a Smith held up an X-ray to the English language, introducing etymology to the nation’s fortunate high schoolers. This second incarnation of the program was produced by the now-defunct Agency for Instructional Technology (a first version aired on San Francisco public access in the early 1960s), whose library of educational films is now publicly available at the Indiana University Libraries Moving Image Archive. The series is best consumed in a heady binge, letting Smith’s chill mien give you ASMR tingles while he unveils the historical depth of common words while bedecked in turtlenecks and sweater vests. But the experience is no condescending nostalgia trip; irony was baked into the cake, and each episode still packs some bong-ready factoids and a psychedelic parade of choice stock photos that verges on structuralism.

After a glorious theme song combining medieval flute and Love Boat horns, Smith introduces himself on a polka-dotted game show set to announce each episode’s theme. From a plastic honeycomb he plucks a ball marked with a semi-familiar “word cell” — his own coinage which he substitutes for “morpheme,” the smallest unit of meaningful language — such as “dent” or “pecu” or ”reg.” Smith then splits the balls open to reveal the cell’s English meaning inside, thus beginning an exploration of Greek and Latin roots. Recurring bits include Ms. Onomatopoeia, a talking oil painting; polysyllabic dissections on the “Giant Word Board”; and the Department of Useless Information, in which a beleaguered desk jockey dispenses linguistic trivia. The show was (and could still be!) Sesame Street for older kids, a valiant attempt to recapture the curiosity surrounding language that comes naturally to toddlers but evaporates from school curricula as we advance in grade level.

Smith, who described himself as “a maverick, a learner, a lover, a creative person, an instructional designer by nature and somewhat by training, a lover of language, a trained linguist, a philosopher, a psychologist,” and many other things, was a thoroughly 70s figure: an ex-hippie with antennae perpetually raised in search of a righteous spiritual signal. He advocated addressing children with respect and took for granted that they could be fascinated by their own language. From a historical perspective, Wordsmith is a rich document of televisual pedagogy. It isn’t hard to see the buffoonery of Bill Nye’s 90s PBS show in some of these absurdist gags, but the earth tones and Smith’s easygoing charisma also provide a satisfying counterpoint to our current abyss of infotainment.