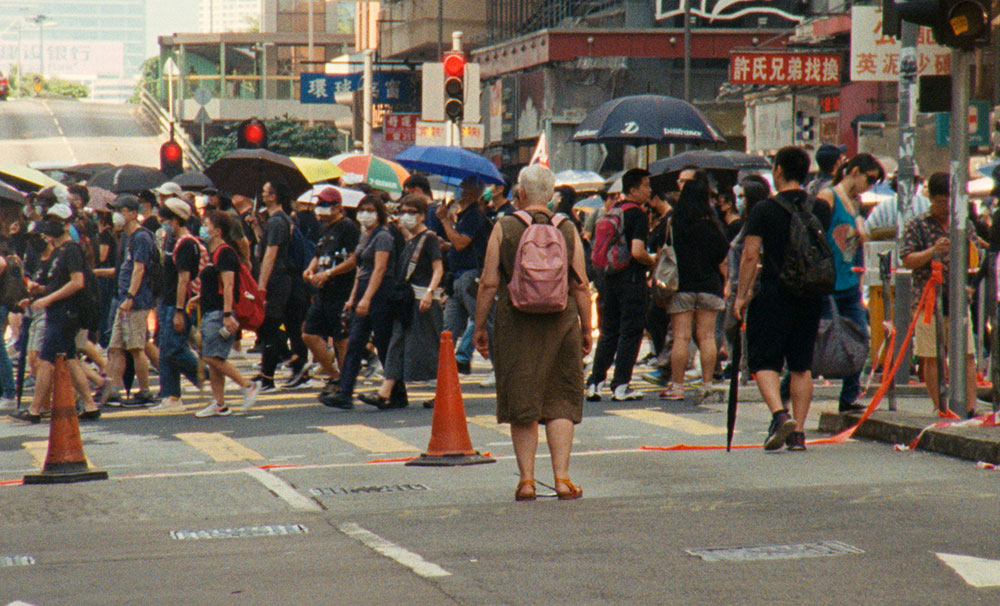 “I barely recognize anything,” Anke Bak murmurs during an early scene in Jonas Bak’s meditative debut feature Wood and Water (2021). Anke (played by Bak’s own mother) has recently retired from a church office to which she devoted herself for decades. Upon revisiting her family’s old vacation home on the Baltic coast with her daughter and extended family, she considers that the house has become a mark of absence from her life, something that can never be returned to its previous state. In a later scene, Anke points to her roles as a housewife, mother, and worker, each defined by reliability but requiring flexibility to shift into the other. As she transitions into retirement, she recognizes that the quotidian rhythms on which she had come to rely will again fade and be replaced.

One recent shadow within Anke’s life is her son Max, who has been living in Hong Kong and was unable to reunite with the family due to the intensifying pro-democracy protests. Intent on reconnecting with Max, Anke embarks upon a journey from her rural home in Germany to Hong Kong. For Bak, the dislocation of being in a foreign country (similarly explored in his shorts One and Many and Wanderrachen, both 2017) is not unlike the asynchronicity of revisiting memories and places from the past. Instead of incongruity, the out-of-place seeks familiarity. Bak denies Anke a convenient reunion with her son, and it is through her encounters with various strangers—a traveler, Max’s doorman, a doctor, a fortune teller, an activist—that she finds connection in a distant place.

Throughout the film, Anke is the attentive observer and listener; her stillness, which can be misconstrued for loneliness, is the way she reflects upon her surroundings. At home, she gazes upon the Black Forest, reflected in the window’s glass; later, she surveys an expanse of the sky and cityscape from her Hong Kong apartment. Her connection with others is derived from sharing the same spatial relation, the camera once following her and another person’s hands as they perform tai chi together. Like a sustained exhalation, the passage of time is not always readily apparent in Wood and Water. It is only when the past is recalled through a sequence of family photographs from Bak’s childhood, underscored by Brian Eno’s wistful soundtrack, that time comes rushing forward, as if returning from an odyssey far away.

Wood and Water screens March 24–30 at the Museum of Modern Art.