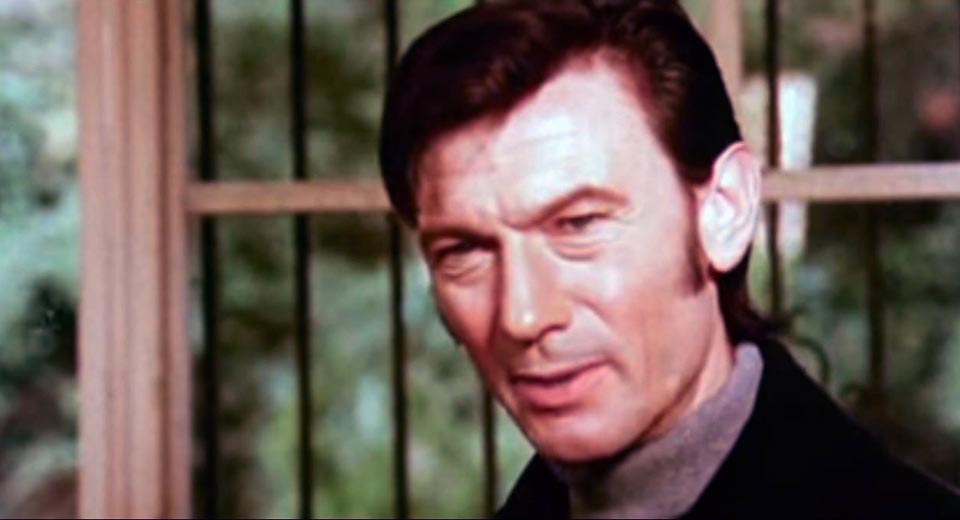 Lithuanian-born British actor Laurence Harvey was a prolific screen presence throughout the 50s and 60s, earning a BAFTA and an Oscar nomination for his performance in Jack Clayton's 1959 Room at the Top and co-starring in the title role of The Manchurian Candidate. Less remembered is Harvey's career in the director's chair, which includes oddball prison drama The Ceremony, completing the late Anthony Mann's A Dandy in Aspic, and finally Welcome to Arrow Beach, an unclassifiable horror drama that also marks Harvey's final screen appearance. Tonight at Drafthouse filmmaker Alex Ross Perry presents a rare 35mm screening of the film, which is otherwise only available in a low quality, grey market DVD release.

In one of her first film roles, icey eyed Meg Foster (They Live) stars as Robbin, an itinerant hippie who ends up in the seaside estate shared by Harvey's aristocratic Jason Henry and his sister Grace (Joanna Pettet). Despite Jason's charming manner, Harvey's filmmaking – with its lingering close-ups of peeping eyes, bloody steak eating montages, and overt body language – really couldn't broadcast more clearly that the guy is a total creep and also definitely having sex with his sister. (The movie indeed dispatches with mere innuendo early on.) But what the film lacks in subtlety, mystery, and narrative suspense is compensated for by the unmistakable sense that things are going to get really weird. This comes to a head when Robbin finds Jason, meat cleaver in hand, cannibalizing a corpse in the basement. She manages to escape, but can she convince the authorities that one of their prized residents is a serial butcher? ("I think Jason Henry kills people… Girl people!") And can Jason suppress his cannibalistic compulsions in order to finally have a fulfilling romantic relationship? ...With his sister?

Welcome to Arrow Beach is a uniquely odd slice of 70s perversion that remains all the more strange and compelling for the pedigree of its director, who manages to land a vibe that's something like vansploitation without vans plus incest and cannibalism. The main attraction is of course the rarity: if you don't see Welcome to Arrow Beach tonight, you might not see it ever.

Whether it intentionally or not, Drafthouse also has a "Welcome" double feature tonight, with Welcome Home, Brother Charles at 7:00 pm. L.A. Rebellion filmmaker Jamaa Fanaka's impossibly assured debut is one of the richest and most unexpectedly surreal films to fall under the blaxploitation rubric, and, after years of obscurity, it's definitely worth seeing in its new restoration.