Wax, or the Discovery of Television Among the Bees 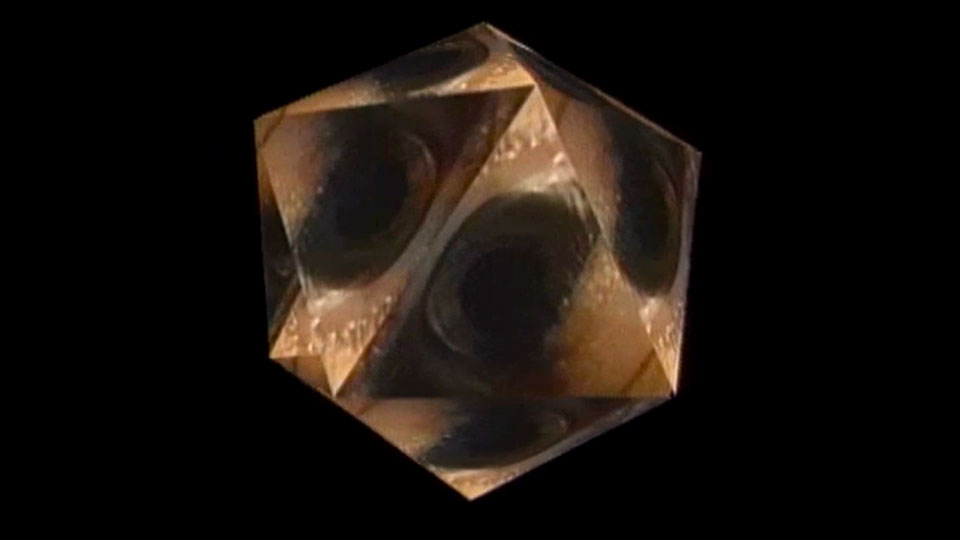 "'We really don't understand the problem of sending thousands of simultaneous digital video signals yet,' said Tom Kessler, a Sun software engineer. 'Come back in six months and this stuff will be working flawlessly.’” —John Markoff, New York Times Business section, “Cult Film Is a First on Internet” (05/24/93)

Terms like “unclassifiable” are used regularly in description of works at the outer limits of genre, but rarely are they as justified as in the case of David Blair’s 1991 video Wax, or the Discovery of Television Among the Bees, a cyberpunk prototype from the chrome heart of the Digital Age. Developed over a decade through technical exploration and chance operations in the New York Public Library, Blair laid an extrapolation of La Jetée atop a bedrock of Thomas Pynchon and came out with something closest to early Peter Greenaway — yet ultimately singular. 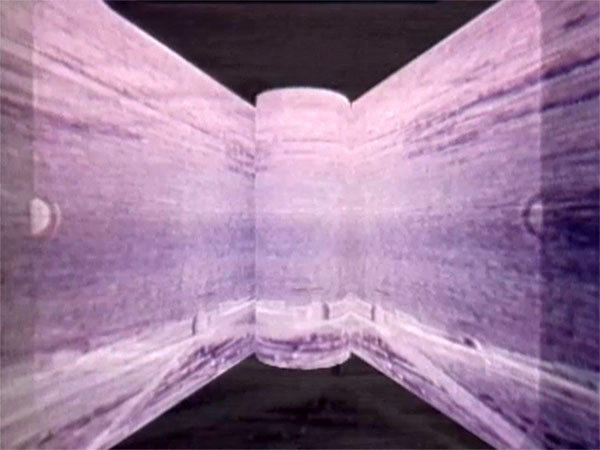 Wax combines virtually every type of developing visual imagery of its time into a beguiling brew of stimulus that ends up something like an essay film by a paranoid android on 2C-B. The picture plane warps and shifts, contorting pastoral scenes into geometric abstractions. Crude, polygonal computer graphics mix floating skulls and Arabic scripts with film footage of tribal rituals ostensibly from the Middle Ages. Workmanlike SD video of bees and beekeeping is juxtaposed with jittering, lo-fi textures and other lost transmissions. It’s "a science-fiction film first, but it's a little like hypermedia without the visible interface,” Wired wrote in 1993.

Propelled solely through this visual collage and the trance-inducing monotone of Blair’s voiceover, the narrative details of Wax are ultimately just another tool to overwhelm the viewer with arcane detailing. To wit: at the center of Wax is Jacob Maker (David Blair himself), the grandson of James Hive Maker (William S. Burroughs, literally), an early 20th-century beekeeper and supernatural cinematographer of the dead at the Supranormal Film Society. Jacob is disaffected with his job designing guided missile systems and becomes obsessed with beekeeping like his grandfather, ultimately becoming a prisoner to the bees. Naturally, they implant a television into his brain and re-appropriate him as an assassin, beginning his odyssey to the Garden of Eden in the Land of the Dead, where Jacob finds the keys to his identity lie in understanding Mesopotamian bees, the Trinity site, the souls embedded in mechanisms of mass violence, the tower of Babel, and other shit like that.

In accordance with its formal peculiarity, the post-production, distribution and ultimate provenance of Wax has been a story of continual pioneership. Supported throughout its gestation by NY State art grants — as well as one from the American Film Institute — Wax was one of the first independent feature films to be edited on a non-linear editing system, the Montage Picture Processor, which debuted in 1984 and won an Academy Award for Technical Achievement in 1988. After first premiering on German television channel ZDF in October 1991, Wax became a darling of the film and new media festival circuits, ultimately playing galleries and theaters in 26 US cities as well as Japan and Australia, even being transferred — somewhat ironically — to 16mm for limited screenings in 1993.

Wax continued to flay the boundaries of its representation when an acquaintance of Blair’s at the Amiga computer store in the East Village "put Wax in a VHS machine connected to a Silicon Graphics machine connected to a T1 line connected to the mbone” at the Sun Microsystems headquarters, where it officially became the first movie streamed on the internet, seen at the time only by a few dozen nerds at literally two frames per second. The next year, Wax was further deconstructed and re-imagined as it was permanently hosted on the internet, courtesy of the Institute for Advanced Technology in the Humanities at the University of Virginia, in the form of Waxweb. Though never officially released in any form beyond homemade VHS copies by Blair and some bootleg DVD editions, Wax now resides in the permanent collection at MoMA as a groundbreaking net art artifact in various directions.

Some of the criticism written about Wax tries to match the hyperactive visual and auditory language of Wax itself, but ultimately images cannot be captured in words, souls cannot be captured on film. Wax is groundbreaking and fascinating yet far from flawless; its boundless intertextual connections and thematic echoes are as tenuous and elusive as they are tantalizing. Shockingly ahead of its time, Wax’s thematic premonitions of the Gulf War, drone warfare, and the spiritual repercussions of violence have a truly reverential prescience. Similarly, its media overload rooted in the zeitgeist technologies of its time are also perfectly extrapolated to ours, now.

Wax, or the Discovery of Television Among the Bees first screened at Spectacle in November 2012 and makes its return tonight on Spectacle’s Twitch channel as part of the theater's 10th Anniversary celebration series EVERY MOVIE IN THE HISTORY OF THE WORLD (PART ONE). 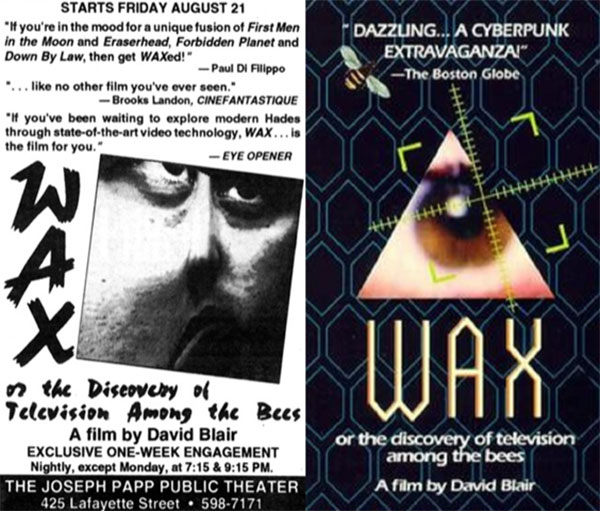