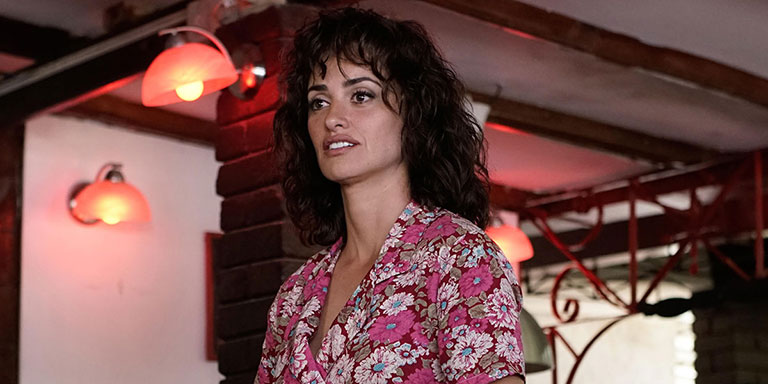 In a press conference following a screening of Wasp Network, recut after playing Venice and TIFF, Olivier Assayas recalled combing through the source text, Fernando Morais’s The Last Soldiers of the Cold War: The Story of the Cuban Five, in search of moments or details with a personal immediacy. He hoped to structure the film around such scenes, which feels in tune with his overall body of work: observant of small-scale human drama amid vast geopolitical or technological change. But Wasp Network’s scattershot focus complicates its impact; while Assayas provides comprehensive exposition, it calls to mind the overstuffed notes that precede an edited draft.

The film begins in Cuba after the collapse of the Soviet Union: under the United States’s embargo on Cuban goods, the nation is stricken by extreme poverty and frequent blackouts, while Castro’s regime is in decline. We meet René González (Édgar Ramírez, reuniting with Assayas nearly a decade after 2010’s Carlos), a pilot, at home in Havana with his wife Olga (Penélope Cruz, wonderful in limited scenes) and daughter Irma (Osdeymi Pastrana Miranda). When René announces that he has to leave this sweet domestic scene to “go to work,” it easily foreshadows the film’s emotional throughlines: René soon slashes his radio connections and charts a flight path for Florida. When he arrives in Miami, he finds himself among other Cuban defectors, including another pilot, Juan Pablo Roque (Wagner Moura), with whom Assayas splits the film’s focus for the first hour or so. René is hopeful that Olga and Irma will be able to join him in the States; meanwhile, Olga continues working at a tannery in Havana, where everyone believes René to be a traitor. But it’s hardly a spoiler to say that midway through the film, the “Wasp Network” assembles—a group of exiled Cuban spies working to infiltrate anti-Castroist terrorist groups—and Gael García Bernal rounds out the ensemble.

Over the first hour, Assayas compounds jam-packed scenes into a breathless sprint. In theory, this disorientating speed could be interesting: as the focus shifts to espionage, it evokes a state of constant flux in identity and affiliation. This serves Assayas well in some of René’s flight sequences; the purpose of a particular mission can unexpectedly transform. But many passages are distractingly exposition-heavy, flitting from character to character as though shuttling through a chronology. Assayas isn’t operating in conventional thriller templates, but he lacks a clear sense of the story he wants to tell. At one point, he cuts quickly between a van driving away and a plane taking off—both framed in tepid medium shots, flattened by compressed depth-of-field. This ten-second sequence seems oddly provocative: it dulls motion and removes any rhythmic slickness, miles away from Carlos’s energetic action setpieces. This deadening effect suggests the film’s distended passage of time, separating René from Olga and perpetuating a seemingly endless political struggle. But in this case, distant aesthetic rhymes don’t add up to a sharp, confident whole.