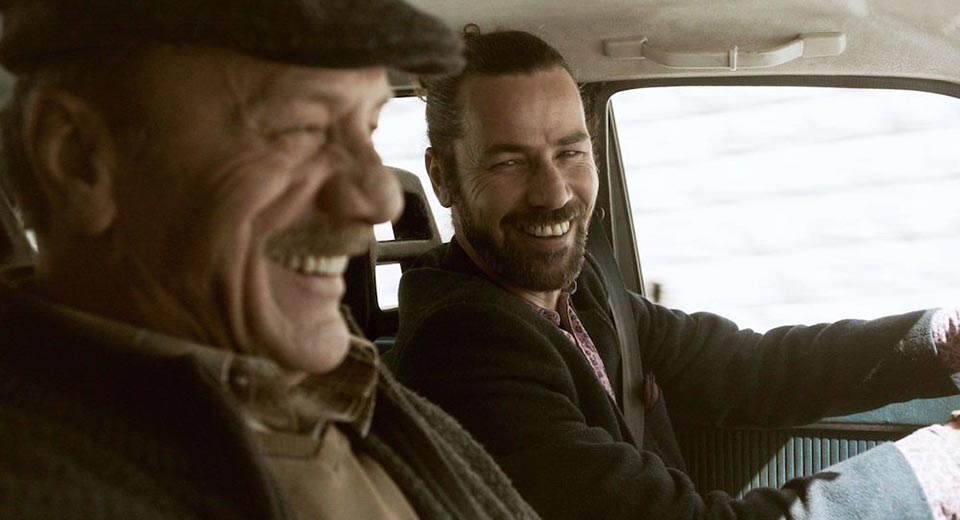 BAM is currently in the middle of a retrospective of the work of the groundbreaking Palestinian director Annemarie Jacir. Her latest film, Wajib (Arabic for "duty") follows a father and son as they drive around Nazareth, honoring the local tradition of hand delivering wedding invitations on behalf of the bride to be — their respective daughter and sister. For both Abu Shadi (Mohammad Bakri), and his estranged son, Shadi (Saleh Bakri) the day is taxing, as they each do their best to get along in spite of their fundamental disagreements about life and politics.

A nuanced take on the typical road movie, the film traps us in the tight spaces of an old Volvo's front seat and distant relatives' living rooms, while weaving us through the busy streets of Nazareth at Christmas time. It's an excellent premise, as it allows us to get intimate glimpses into the father and son's rocky relationship as well as the lives of ordinary Palestinians. We see both the forced small talk and the heated arguments, the kind gestures and the awkward requests, all while driving through a timelessly beautiful but modern Nazareth, complete with its Santa decorations and trash-filled alleyways.

It is this balance that Jacir orchestrates marvelously throughout, that drives the film and creates a constant sense of tension and comedy in the film. For Wajib captures the true nature of family relationships, the boundless love and suffocating frustration of them all. And while many storytellers would stop there, Jacir goes further, applying the same keen insight on other loving but equally frustrating relationships such as that between a citizen and his/her country, and our public versus private personas. Each of these rising tensions form a multifaceted understanding of the the obligations of an individual to themselves, their family, and the world at large.

The first Palestinian woman to direct a feature film, it doesn't take much to see how Jacir herself must feel a certain "duty" when depicting the lives and stories of her fellow Palestinians, which have been largely ignored for far too long. With each of her works, it is undeniably self-evident that she is more than comfortable rising to the challenge.