Two Plains and a Fancy 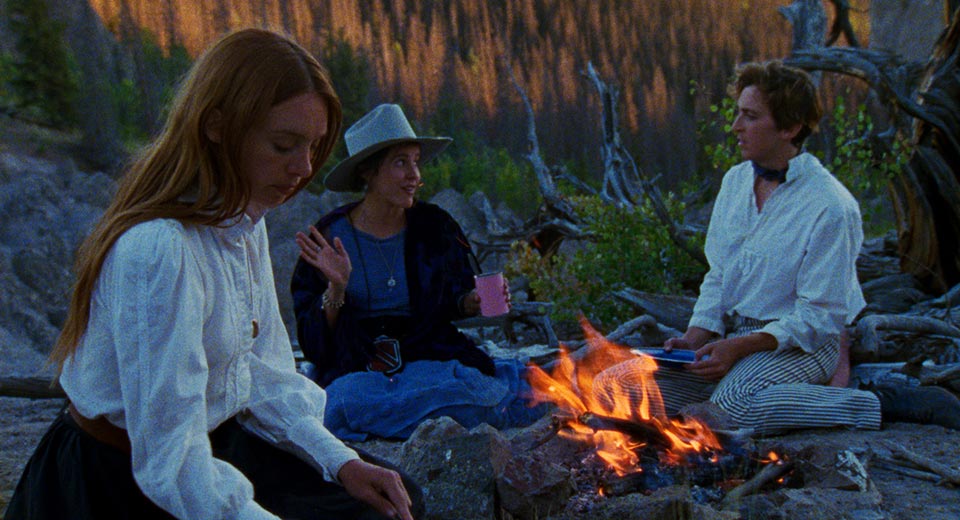 If you’re a fan of celluloid, the first credit in Two Plains & a Fancy – “Shot on Kodak Motion Picture Film” – will give you chills of joy. Directors Lev Kalman and Whitney Horn filmed their gorgeous, laugh-out-loud psychedelic Western in 16mm, giving the colors and textures of the mountainous Old West vivid depth and texture. The film stars Marianna McClellan, Laetitia Dosch, and Benjamin Crotty as the title’s trio: a former scam mystic turned actual mystic, a French geologist, and a dandy artist from New York City. With no backstory, the three rent horses in a small Colorado mining town in search of increasingly remote mineral spas. It’s a road movie with no real destination – as Alta Mariah Sophronia, the phony psychic puts it, they’re out there “searching for… whatever.” The plot, as it is, takes frequent digressions, and the film’s 89 minutes include a monologue about the ethics of anthropology, a seance-as-ASMR-video (with flickering lights and guided meditation), and a lesson on the geology of Colorado (too few films take such full advantage of their location), among other things. McClellan, Dosch, and Crotty all give mannered, hilarious, totally earnest performances – there’s not a hint of irony, thankfully. A purposefully unrealistic period piece can be tough to pull off, but Kalman and Horn do it with aplomb.