Tonka of the Gallows 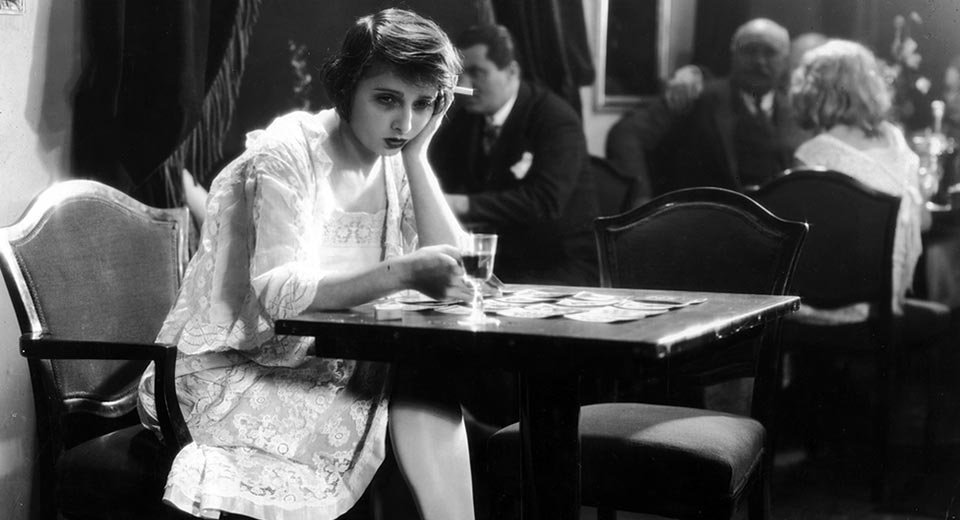 Karl Anton’s Tonka of the Gallows (1930) is one of the earliest Czech sound films but effectively plays like a silent picture complete with intertitles; it’s accompanied by an appropriately over dramatic score and a show-stopping, quasi-synced number sung by its protagonist. Ita Rina, who had recently starred in Machatý’s Erotikon, also included in the series, leads a double life as a village farm girl and an urban prostitute whose doting husband-to-be lives in the throes of ignorant reverie. Upon Tonka's return to the city, her brothel is visited by the police, who request a girl to fulfill a death row inmate’s last request to spend a chaste evening with a woman. Tonka, ravaged by her feelings of guilt and shame—or perhaps anxiety over consigning herself to a life of rural domesticity?—identifies with the condemned man and agrees to accompany him. But thereafter she’s regarded as a pariah among her fellow women and male clients, as if she herself bears the stench of death. Upon returning to the farm, it seems that a sweet life of matrimony awaits—until a former client, a repulsively wealthy travelling salesman, threatens to upend it all.

The program notes describe Tonka as “a major rediscovery creates a bridge between the social realism of G. W. Pabst’s The Joyless Street and the dark lyricism of F. W. Murnau’s Sunrise,” an appropriate description of Anton’s mode of lurid, emotive expressionism. The film ends with a scintillating, phantasmagoric montage that reaches the heights of Murnau’s art, but there finds little redemption for the woman of death row.