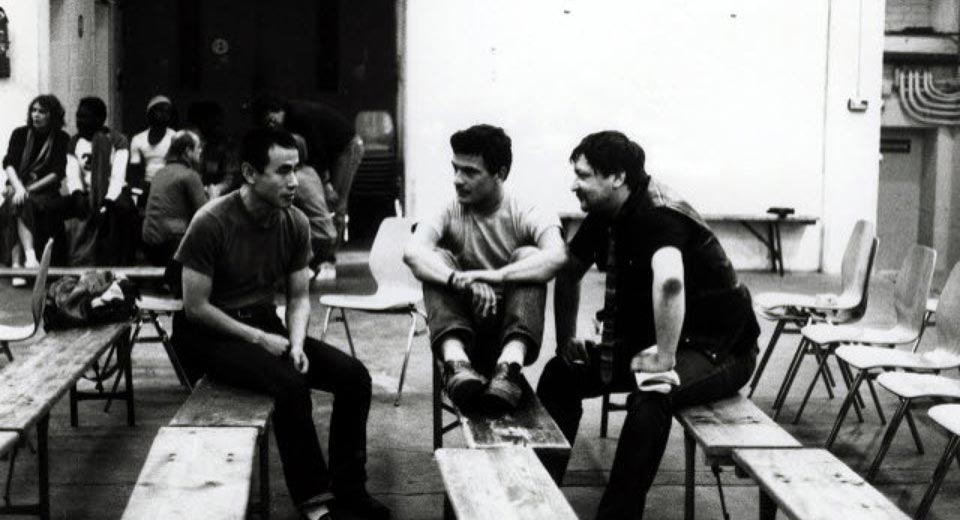 Rainer Werner Fassbinder’s Theater in Trance , his first and only documentary, plays tonight at Anthology Film Archives. Comprised almost entirely of footage of performances at the 1981 Theater Der Welt (“Theaters of the World”) Festival in Cologne, Germany, the film’s fourteen parts play like a bizarre highlight reel of early-80s avant-garde theater, encompassing everything from the intensely focused and compelling dance works of Pina Bausch, to literal ass-licking, piss-drinking shock-theater. The entire piece is underscored by Fassbinder’s own narration; a dozen or so quotes from Antonin Artaud’s The Theatre and Its Double provide the source text. Fassbinder’s intention seems to have been to herald contemporary performance as the fulfillment of Artaud’s prophecy of theater returning to a state of impactfulness and importance—a prophecy which itself had been Artaud’s response to his own era’s epidemic of empty and elitist conventional theater. Unfortunately, Fassbinder’s documentary experiment aged somewhat poorly; considering Artaud’s excerpts, juxtaposed against images of actors behaving outrageously, it is almost too easy to interpret Fassbinder’s analysis of Theater Der Welt as an ironic critique—even rejection—of the very pieces he intended to elevate and celebrate. Nonetheless, the piece is valuable as an archive of ephemera that would not otherwise have survived into the 21st century without the help of cinematic documentation. And it is entirely worth seeing for the captivating sequence of PIna’s Bausch’s Tanztheater Wuppertal alone.