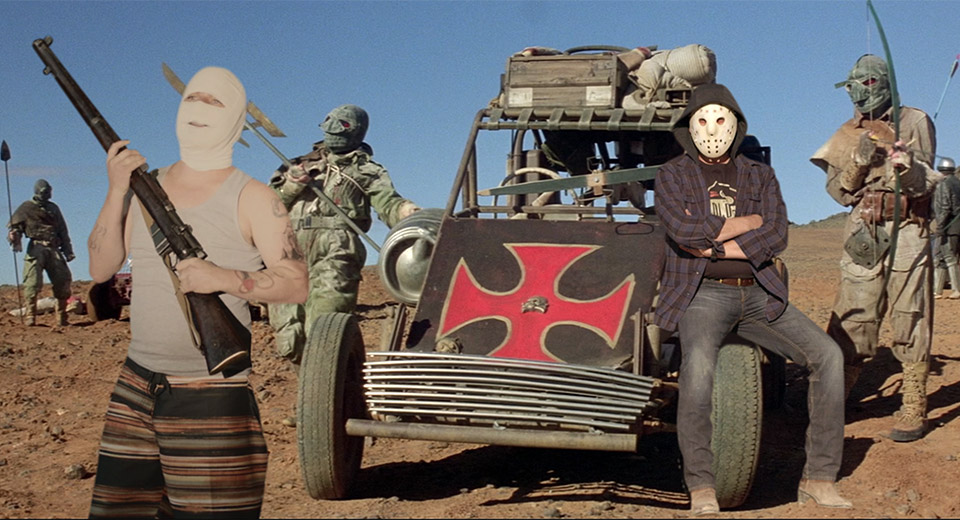 The uneasy relationship between the artistic image and the state's prodigal, scopophilic gaze is laid bare partway through TERROR NULLIUS — the newest work from rotoscope anarchist duo Soda_Jerk, playing at Anthology Film Archives — by none other than an anthropomorphized kangaroo from '60s children's' television. Skippy, of Skippy the Bush Kangaroo, looks down upon the soon-to-be-missing school children of Peter Weir's Picnic at Hanging Rock (1975) and intones — in chirpy, subtitled roo-speak — "Sonny, you know I'm a feminist, but… what if the fate of these four fictional white girls becomes a national obsession?"

If the fact that Hanging Rock was resurrected as an Amazon streaming miniseries just this year was any indication, Skippy was right to be anxious — Australian culture has clung far more fervently to uncovering the truth of what happened to those St. Valentine's Day sojourners than it has to the actual disappearance of its Aboriginal occupants that was happening around the same time. By deconstructing images of the way Australia would like to be remembered, Soda_Jerk kick up a fair amount of dirt — so much so that that TERROR NULLIUS's funders retracted their support after seeing the final product, deeming it "un-Australian." This is an absurd claim, of course, given that it is entirely constructed of clips from the country's best known and most lauded visual products.

For those of us who are not hand-wringing conservative cultural overlords, TERROR NULLIUS can often feel downright cathartic. Painstakingly assembled over years from innumerable films from Australian history, there is a rush that emanates from seeing The Babadook become effervescently gay, witnessing the Imperator Furiosa team up with Jane Campion heroines to impale noted misogynist Mel Gibson, or Crocodile Dundee meet a satisfying end at his most condescending moment. Shrapnel from these films is convincingly repurposed into what its creators call a "political revenge fantasy", in which the symbols of nationalism and colonization are systematically dispatched by those they oppress, whether that be bloodthirsty sheep overtaking an Australian bicentennial party (they show mercy to a man with a digitally-added "Land Rights, Not Uranium" pin), or the teen girl BMX bandits from 1983's BMX Bandits.

For those impressed by Soda_Jerk's collapsing of a multitude of pop cultural sources in their most notable outings, their Avalanches collaboration The Was (2016) and 2006's anti-copyright opus Hollywood Burn (and who wouldn't be?), there is an added pleasure in seeing these effects weaponized. The film's title refers to the declaration upon European settlement that indigenous customs were meaningless and able to be disregarded ("terra nullius"), and every second of the film, as a litany of aspects from different movies fly by — Wake in Fright! Walkabout! The Cars That Ate Paris! — is meant to interrogate the gap between whitewashed, recorded history, and those that were left behind.