Taking the Horse to Eat Jalebis 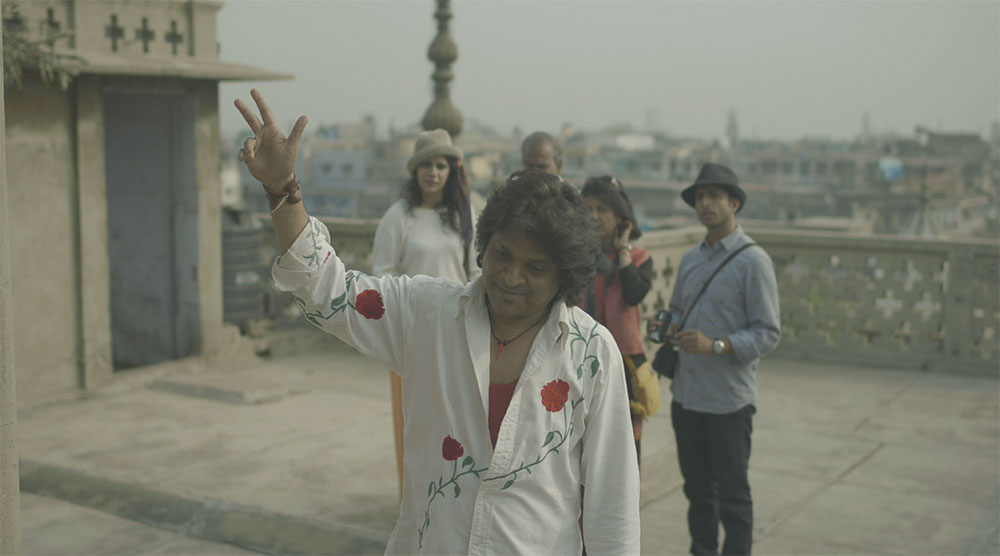 In post-independence India, street theater grew into an important tool for left-wing political education. Actors performed for passersby, enfolding their agitprop plays into the innumerable dramas of everyday life around them. Theater director Anamika Haksar’s debut feature, Taking the Horse to Eat Jalebis (2018), is inspired by this tradition even as it distinguishes itself from it. Based on years of fieldwork undertaken by Haksar and her collaborators, in which they interviewed pickpockets, day laborers, street vendors, rickshaw pullers, and others who make their living on the street about their dreams, it uses real stories to construct the immaterial landscape of a city—Shahjahanabad (or Old Delhi)—that slumbers itself into being, turning between visions of death and utopia.

Shahjahanabad is popularly portrayed as a crumbling edifice of culture, exoticized and romanticized in equal measure for its blend of Hindu and Muslim cultural influences, having once been a promiment capital of the Mughal empire. This is the kind of description that Akash Jain (Lokesh Jain), a heritage tour guide who speaks affected, poetic aphorisms in Urdu, might give to sightseers at the start of a walk. He is one of several men the film’s tangential subplots sprout from; some others are Patru (Ravindra Sahu), a pickpocket and trumpeter, and Lalbihari (K Gopalan), a cargo loader and revolutionary at heart. To the great anger of Akash Jain, Patru decides that being a tour guide sounds like easy money, so he starts his own tours that show rubbernecking visitors around the “real” Old Delhi, one filled with corruption, drudgery, and poverty. Meanwhile, Lalbihari reads socialist literature, waiting for the day he’ll be able to unite the working class against their oppressors.

The rival guides lead viewers on different yet intertwining paths through the city, and the format of the tour itself lets the film introduce hundreds of other characters, many of whom were street-casted. They voice their struggles and dreams, accompanied by illustrative animations that jarringly intrude upon the image. Some motifs recur, such as premonitions or memories of deadly floods, houses submerged in the waters of the Yamuna River. Other dreams allude to escape, and a charmed life of abundance with friends. Touristic artifice and authenticity blur together, and there are scenes that arrest time itself and pull bystanders into their spectacle, creating their own temporality through slapstick comedy, song and dance, or a combination of both. A reenactment of the life of Sarmad the Armenian mystic, who loved a Hindu boy, converted to Islam from Judaism, and strayed from orthodox religion altogether by refusing to name only Allah as his God, is one such moment. His eventual martyrdom becomes representative of a contested historical past and an uncertain future being overtaken by ethnonationalism.

Where is Lalbihari during all this? He’s always lurking, in the foreground or background, and by the end of the film, he gets a chance to achieve his goal (though perhaps not in the way he had hoped). Taking the Horse to Eat Jalebis is ultimately a movie, not a play, and it will be screened in cold, dark theaters far from Delhi. But one of the pleasures of watching a movie is being able to study a face up close, an experience matched only in the close-quarters environment of the street theater. Haksar communicates some of this nearness to those of us who may never set foot in Shahjahanabad. If we’re lucky, we may dream about it too.

Taking the Horse to Eat Jalebis screens tonight, September 17, and on September 30, at the Museum of Modern Art as part of the series “Making Waves: A New Generation of Indian Independent Filmmakers.” 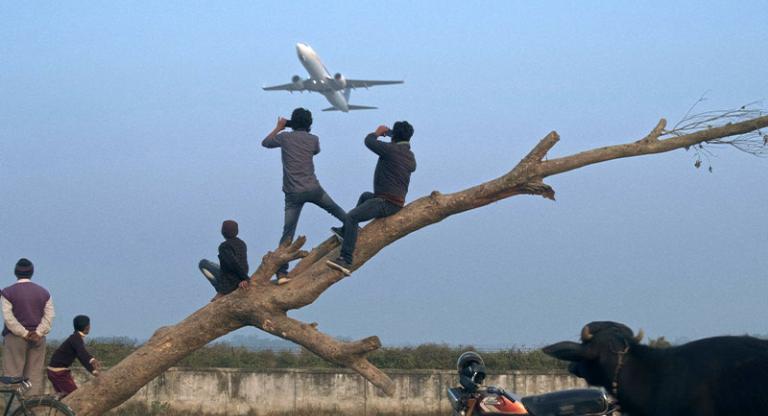