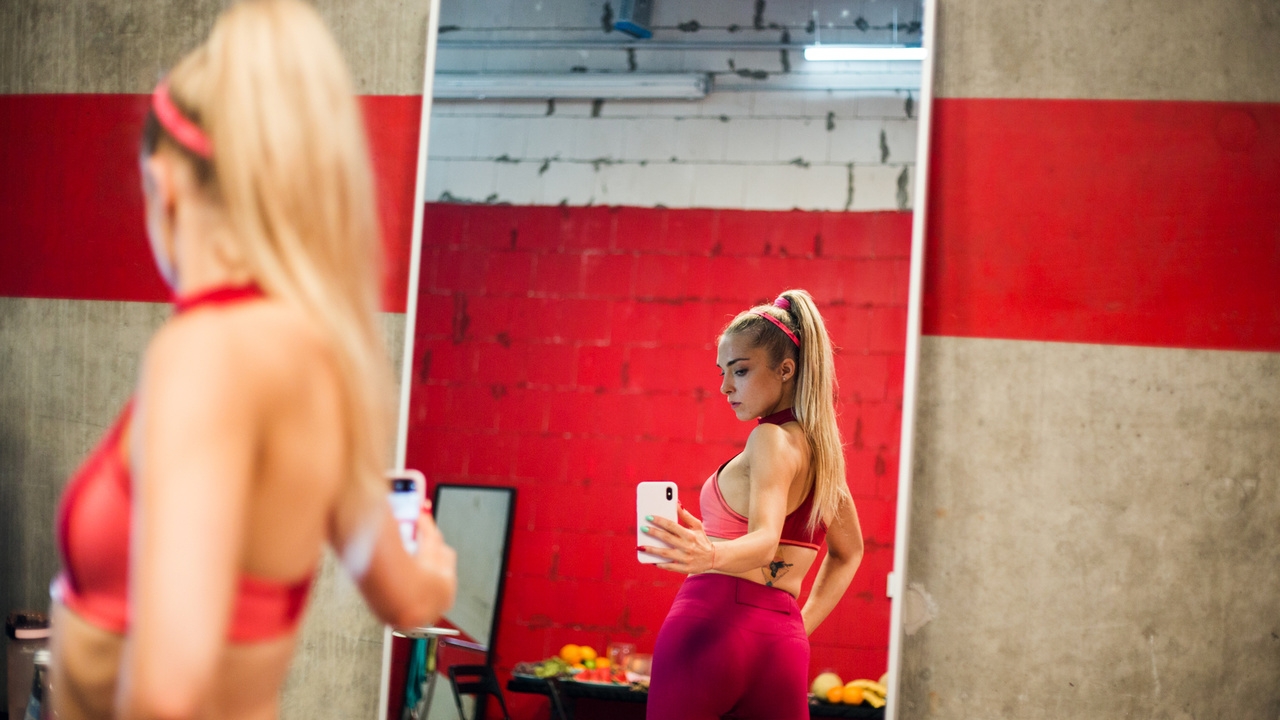 It’s outside the supportive Lycra of her followers’ adoration that Sylwia flounders.

The film captures several days of her life, bookended by the fallout over an intimate viral video in which she tearfully admits that she’s lonely and a high-profile morning show appearance. Though Sylwia’s social media usage is incessant throughout Sweat, its real focus is her IRL interactions. She struggles at a family function, where her inattentive mother (Aleksandra Konieczna) and garrulous extended family fail to take her accomplishments seriously. Later, she has a jarring interaction with Klaudiusz (Julian Swiezewski), a trainer whose interest in her proves purely (and aggressively) physical.

A run-in with a former friend puts a fine point on Sylwia's growing difficulties with interpersonal relationships. The friend reveals that she recently suffered a miscarriage. An uncomfortable Sylwia responds by admitting that she fantasizes about deleting her Instagram, then smiles proudly at her authenticity. Her friend, realizing that Sylwia’s readiness to reveal herself online isn’t a currency tradable for empathy, cuts off the conversation, then, smartly, asks for something that Sylwia really can provide: a selfie.

Sweat accepts Instagram and its discontents as a deeply embedded part of contemporary life and, rather than taking the most obvious potshots at the internet celebrity phenomenon, deals with the nuanced ways that being extremely online can mutate real-life personality traits. The film purposefully resists the formal urge to turn the movie screen into an iPhone screen; emojis don’t cascade from left to right and text bubbles don’t pop into view. The camera maintains its perspectival autonomy, depicting Sylwia’s “screen time” not as immersive phantasmagoria but as yet another activity in a larger world. Yet it’s through the camera’s devoted gaze — it shakily tails her from behind, watches her through her apartment windows, and hovers closely over her face as she huffs through strenuous butt exercises — that Sylwia becomes a sympathetic figure. She’s okay as long as someone’s watching, but the more profound question implicit in von Horn’s film is what happens when they’re not.