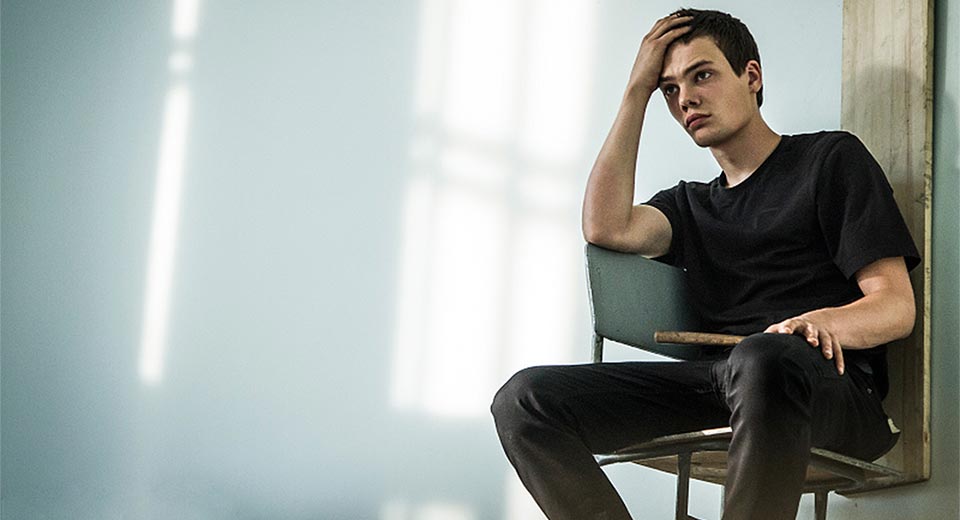 To risk a worn comparison, Kirill Serebrennikov’s The Student (2016) is like a Dostoevsky story, complete with a brooding youth for a protagonist and obsessive probing into the role of Christianity in Russian identity.

Troubled high school student Venya Yuzhin (Pyotr Skvorstsov) is driving his overworked mother to desperation by antagonizing teachers and administrators with a series of increasingly outlandish pranks. He aims to spread the true gospel by countering the hypocrisies of modern science and the Russian Orthodox clergy with literal interpretations of scripture, to which he calls attention through a kind of performance art: at a swim meet he dives into the pool fully clothed to protest the girls’ immodest swimwear; in sex ed he strips naked and preaches about the abomination of homosexuality; in science class he objects to the Darwinist curriculum by thrashing around in a gorilla costume. “I’m launching a war against depravity,” he declares, and woe to any progressive biology teachers, conciliatory priests, or incautious gay boys who get in his way.

German playwright Marius von Mayenburg, from whose play The Student was adapted, refused to travel to Russia for the film’s premiere because of his opposition to the so-called “propaganda of non-traditional sexual relations” law, which bans favorable portrayals of gay relationships, and from director Serebrennikov’s remarks it’s clear that the film is meant as a condemnation of intolerant zealotry. But as with so many movies with reprehensible protagonists—from Walsh’s White Heat to Scorsese’s The Wolf of Wall Street—charm can neutralize outrage and villains can become heroes. Sure Venya is a as full of himself as he is of resentment, but—unfortunately—in many ways he’s right. The school administration is applying a double standard in the boys’ and girls’ swimwear regulations and the biology teacher is being too dogmatic in her belief in evolution and the Big Bang. In the absence of a narrator summarizing the film’s lesson, we end up mired in the same kind of moral ambiguity that Venya is rebelling against. For all his bigotry, he takes the clearest, most unyielding positions, and this kind of refusal of compromise is always compelling.

On the aesthetic side: The Student abounds in fascinating locations—from Venya’s home with its oppressive clash of floral patterns on wallpapers, drapes, and upholstery to an enigmatic beach made of huge cement cones—and portrays young bodies with a reverence reminiscent of antique statuary.